The collapse of a scheduled nuclear summit makes it hard to avoid the conclusion that, on North Korea, President Trump didn’t know what he was doing, CNBC’s John Harwood writes.
The collapse of a scheduled nuclear summit makes it hard to avoid the conclusion that, on North Korea, President Donald Trump didn’t know what he was doing.
Eleven weeks passed from the impromptu announcement of the summit with Kim Jong Un to its cancellation Thursday. That stretch produced a cascade of faulty assumptions and execution mistakes from the president and his top advisors alike.
„There were some problems with diplomatic tradecraft,“ Christopher Hill, ambassador to South Korea under President George W. Bush, told CNBC. „I certainly have questions about what the Trump administration thought they had in the first place.“
It started on March 8 in the White House driveway — when officials from South Korea, not the United States, told reporters the two leaders planned to meet. Trump had caught his staff by surprise, seeing those officials earlier than planned and accepting the summit idea on the spot.
„Kim Jong Un talked about denuclearization with the South Korean Representatives, not just a freeze,“ Trump tweeted. „Meeting being planned!“
„A misreading,“ concluded Richard Haass, a foreign policy advisor to President George W. Bush who now runs the Council on Foreign Relations. On Twitter, Pusan University political scientist Robert Kelly added: „If Trump were less vain and allowed his national security adviser to vet the offer, he might have learned“ North Korea had no intention of surrendering weapons that Kim’s regime considers its insurance policy.
North Korea, by contrast, followed a step-by-step road map in pursuit of international prestige, sanctions relief, and economic aid for its impoverished citizens. During 2017, Kim conducted testing that established his regime’s nuclear capability, despite Trump’s pledges of „fire and fury“ in response to potential aggression.
In 2018, Kim turned to a charm offensive with South Korean President Moon Jae-in. Moon and his South Korean constituents seemed more alarmed by White House threats than North Korea did.
Kim’s charm offensive also worked on Trump, the self-styled dealmaker who had previously taunted the North Korean dictator as „Little Rocket Man.“ The administration printed commemorative summit coins depicting Trump and „Supreme Leader“ Kim as peers — a longstanding objective of North Korean leaders.
When Kim released three imprisoned Americans earlier this month, Trump praised him for having been „excellent to these three incredible people.“ Basking in flattery from Moon and Republicans, the smiling president recently said „everyone thinks“ he deserves the Nobel Peace Prize.
Yet weeks passed without clarity on North Korea’s real intentions. After two trips to Pyongyang, Trump’s new secretary of State, Mike Pompeo, did not identify common ground on summit objectives.
„He needed to have Pompeo come back with some very specific points,“ said Hill, the former ambassador to South Korea. „Elementary due diligence.“
Two related developments finally triggered Trump’s cancellation.
John Bolton, who became national security advisor in April after Trump dumped H. R. McMaster, invoked the „Libya model“ for North Korean denuclearization. Years after Libyan dictator Moammar Gaddafi gave up his nuclear weapons, he was overthrown and killed.
North Korea blasted Bolton. Kim’s government declared that, as most Western experts on the region had anticipated, it would not surrender its nuclear weapons.
At the White House, where South Korea’s Moon traveled to salvage the summit, Trump promised to make North Korea rich and guarantee its dictator’s safety. He vacillated on whether he would insist on immediate denuclearization or accept a gradual approach.
Then Vice President Mike Pence cited Libya again.
North Korea derided Pence as a „political dummy.“
This morning, Trump abruptly brought this chapter of the saga to a close.
South Korean diplomats said they received no advance warning of the summit’s cancellation. President Moon called himself „baffled and very regretful.“
Some U. S. lawmakers, fearing the meeting would end badly, welcomed the news. Hill, who tangled with the hawkish Bolton during the Bush administration, suspects the new national security advisor brought up Libya purposely to head off a summit initiated before his tenure.
If so, Trump faces the same in-house splits on North Korea that hobble his trade talks with China. Even Thursday he wouldn’t commit to any particular path, mixing assertions of military might with speculation the summit might be resurrected after all.
„So hopefully,“ Trump concluded, „things will work out.“ 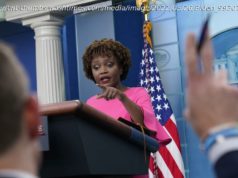 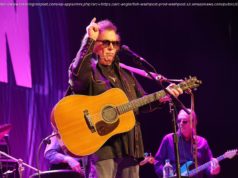 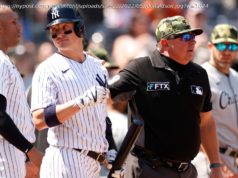