Nothing quite says a nice day out hunting than the Monster Hunter World Rathalos. After all, who doesn’t want to tussle with the King of the Skies every now and then?
Monster Hunter World fans may be thinking to themselves ‘wow, that disturbingly scaley creature you’ve got for the featured image looks awfully familiar’. You may just look at your video game box cover then back again to see that yes, Monster Hunter World Rathalos is indeed the large, scary monster that is on the front. That should let you know that this monster has some serious prestige and won’t be going down without a fight.
While the Rathalos may be familiar to you from its looks alone, you shouldn’t allow that to cloud your judgment as this big pain in the ass really isn’t something you should face ill-prepared. In fact, just think of it as the big bad, even if that’s not the case. That’s just how serious you should be when facing the damned thing.
Alright, consider yourself pumped enough that you’re ready to take down that frustratingly-huge Rathalos? Let’s first look at what the Rathalos is.
It’s big, has wings and looks like it would rather eat you in one big gulp than let you fly around on it, so naturally, it isn’t the best pet you’d like to take home just to see how it’ll work out with your feline companions. In all seriousness, the Rathalos is the male variant of the Rathian, wyverns that are known as ‘queens of the land’. However, there are other species of Rathalos such as the Azure Rathalos, who is considered the more agile of the species and just like the Rathalos, suffers no fools. And well, is blue.
As for the Monster Hunter Codex, it had this to say about the Rathalos:
“The apex monster of the Ancient Forest, also known as the “King of the Skies”.” It continues, “a fierce wyvern that descends upon invaders, attacking with poisonous claws and fiery breath.” So, to put it bluntly: carrying antidotes and burn salve, hell maybe even sunscreen, is probably a grand idea when going up against this big beastie. And that isn’t even taking into account that it flies too.
But where will you be able to find the ‘King of the Skies’?
Being a wyvern the size of a large castle probably makes it really hard to miss, but you’ll still need to make the effort in making your way to its lair. As mentioned above, you’ll find the Rathalos in the Ancient Forest, a lush area where seeing the sky can be near impossible with how the trees seem to tower over you with each step you take. Depending on how you look at things, being in a space with little breathing room could either be an advantage or end up leaving you face-first in the dirt the moment you come across anything terrifying.
Of course, if you’re still unsure where to find the Rathalos there are more than a few quests that involve the Rathalos being one of the prime targets. These quests are:
As always, we advise that when going after the Rathalos you do so at a rank that will give you a fighting chance, rather than having your butt handed to you only a few minutes later.
As we said, it’s big, flies and breathes fire in your face. Already you may pretty much know that it won’t be going down with just a simple bow and arrows. As far as monsters go, Rathalos is reasonably balanced in that he has attacks that are powerful in the air and on the ground. So you’ll need to think on your feet, as he’s always ready to either charge at you from the sky or breathe fire at you on the ground.
From the description above, it’s obvious to say that Rathalos’s strength lies in the Fire Element, so if you’re planning to go in blazing (heh) with your firebombs and arrows, it is time to rethink that.
As the saying goes: the bigger they are, the harder they fall and the Rathalos is no exception to that. While it has reach, you’ll have the flexibility to see it coming and make your moves accordingly and, depending on your loadout, you’ll have the speed to keep it eating your dust while you climb onto the bumpiest ride ever and hack away.
Of course, you’re going to have to have the right elemental weapons otherwise you pummeling it into submission will just feel like an ant trying to conquer a giant. Thus, the elements that you’ll need to use against the Rathalos are Dragon and Thunder and we’d recommend using most of these attacks with your Slinger and targeting the wyvern’s wings, causing it to crash to the ground if it’s flying.
If you’re still unsure where to start with the Rathalos, it is known to bully (and by bully I mean mercilessly kill and eat) other monsters, thus leaving it wide open to your attacks if you’re able to sneak up on it. Remember, it is moderately susceptible to status effects like Sleep, Paralysis and Stun so if you’ve got anything that has the chance of triggering those effects, use them to your hearts content. It’s better than you just winging it and hoping for the best.
For more information about the Rathalos, as well as the materials earned from it, check out our other guides . 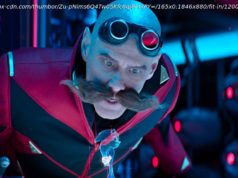 Sonic’s third movie has a release date, but will Jim Carrey return? 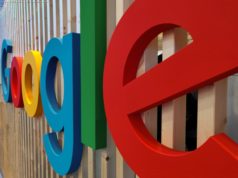 Google outage reported by tens of thousands of users 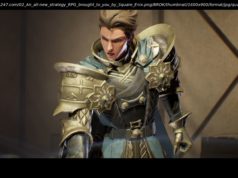