„I guess we just grew out of love.“
After one year of marriage, Cardi B and Offset called it quits. The “Money” rapper took to Instagram to announce their split on Tuesday night.
“So everybody been bugging me and everything and you know I’ve been trying to work things out with my baby father for a hot minute now,” Cardi said. “We are really good friends and we are really good business partners—you know he’s always somebody that I run to talk to, and we got a lot of love for each other but things just haven’t been working out between us for a long time.”
Cardi—whose real name is Belcalis Almánzar—married Offset—whose real name is Kiara Kendrell Cephus—in September of last year. Offset is one of the members of the Atlanta rap trio, Migos.
“It’s nobody fault. I guess we just grew out of love, but we are not together anymore. I don’t know, it might take time to get a divorce and I’m going to always have a lot of love for him because he is my daughter’s father,” Cardi continued in the video.
The news of their breakup comes as a shock to many of the ex-couple’s fans, who had rooted for their romance from the very beginning. Read on for a look back at Cardi and Offset’s relationship over the years.
December 2016
Cardi B teased the track “Lick” off her second mixtape, Gangsta B***h Vol. 2, which featured Offset. It’s unclear if Cardi and Offset met and recorded the track together in the same studio, but the collaboration raised eyebrows nonetheless.
January 2017
“Lick” is officially released and it just so happens the pair begin to be spotted together at nightclubs, causing dating rumors to circulate.
February 2017
Speculation over the rappers’s romance continues to grow after Cardi and Offset attend Super Bowl LI together in Houston on February 5. Cardi B seemingly confirms their relationship by posting a video of the couple at the football game just a few days later on Valentine’s Day. She refers to Offset as her “bae.”
March 2017
Despite the flirtatious video and other photos that popped up of the pair holding hands, Cardi refuses to confirm her relationship when asked about it during an interview with Fader magazine. “I’m not saying I’m dating an Atlanta guy,” she said.
April 2017
Offset also refrains from speaking publicly about his rumored relationship with Cardi. During a video interview with Quavo and Takeoff of Migos on Tim Westwood’s show, Offset only delivers a smirk when asked about his status with Cardi while his rap compadres snicker the in the background.
May 2017
Cardi and Offset appear together at a Met Gala after-party at 1Oak in New York. However, their relationship is still unclear.
June 2017
Cardi speaks highly of Migos during another interview with Fader, in which she refers to Offset as “the boy.” Although she still doesn’t go on the record about their relationship, she claims “a lot of positive things came out” of meeting Offset. 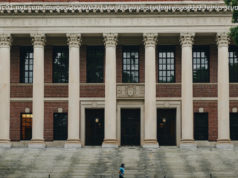 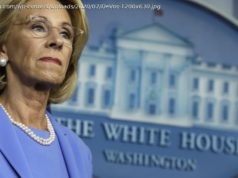 Should Schools Be Fully Reopened in the Fall? 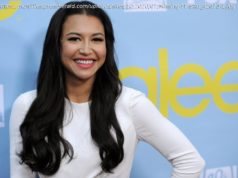