The prime minister told the 1922 Committee that the only way of passing a Brexit deal would be with the DUP’s support – which they are unwilling to give.
Addressing the meeting of the 1922 Committee that will define her premiership – and Brexit – Theresa May made two seemingly impossible promises: not only would she win back her sometime allies in the DUP, but she would do so by wringing a legally binding promise on the Irish backstop from the EU.
On one level, her doing so is a belated recognition of reality. If Labour MPs are unwilling to rebel in any significant numbers – which, as the past month has shown, they are not – then the prime minister cannot pass her Brexit deal is by securing the support of the 10 MPs who still, notionally at least, keep her power.
May met Arlene Foster this afternoon and assured her MPs that good progress had been made and that things were on the mend. Her succeeding – both in this evening’s vote and in passing a deal – depends to a large extent on that being true. Square the DUP on the backstop and you square many Conservative Brexiteers too. 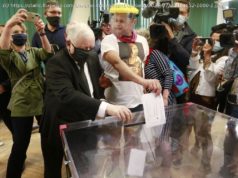 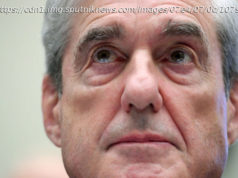 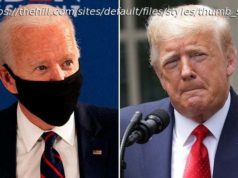