Freshman Democratic Rep. Ilhan Omar „unequivocally“ apologizes for tweets about the influence in Congress of an American organization that supports Israel.
Freshman Democratic Rep. Ilhan Omar „unequivocally“ apologized Monday for tweets suggesting that members of Congress support Israel because they are being paid to do so, which drew bipartisan criticism and a rebuke from House Speaker Nancy Pelosi.
The Minnesota Democrat said she had no intention offending anyone, including Jewish Americans.
„We have to always be willing to step back and think through criticism, just as I expect people to hear me when others attack me about my identity,“ Omar tweeted. „This is why I unequivocally apologize.“
The statement was the latest reckoning among Democrats of intense differences in their ranks over the U. S.-Israeli relationship, highlighted by criticism from Omar and Rep. Rashida Tlaib of Michigan. They are the first Muslim women to serve in Congress. Pelosi and other Democrats, including leaders and chairmen, laid down a marker making clear that Omar had overstepped.
In a pair of tweets over the weekend, Omar criticized the American Israel Public Affairs Committee, or AIPAC. „It’s all about the Benjamins baby,“ she wrote, invoking slang about $100 bills.
Asked on Twitter who she thought was paying members of Congress to support Israel, Omar responded, „AIPAC!“
That sparked Pelosi’s first public rebuke of a freshman lawmaker who had helped flip the House from Republican control and is part of a record number of women in Congress.
„Congresswoman Omar’s use of anti-Semitic tropes and prejudicial accusations about Israel’s supporters is deeply offensive,“ Pelosi said in a statement issued by her office and signed by other Democratic leaders after a bipartisan backlash against the Minnesota Democrat. „We condemn these remarks, and we call upon Congresswoman Omar to immediately apologize for these hurtful comments.“
It also was a stark exposure of an increasingly tense split among Democrats over U. S.-Israeli policy ahead of the 2020 elections. 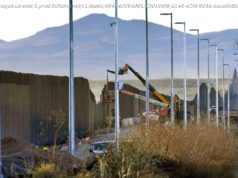 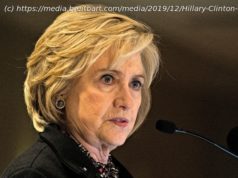 Hillary Clinton: Most GOP Senators Voted for Trump to ‘Get Away with’ Inciting Capitol Riot 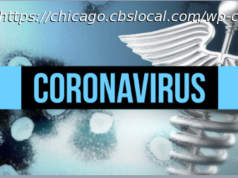 Coronavirus In Illinois: 3,751 New Cases, More Than 700,000 Vaccines Administered In The State