Ubisoft held its annual E3 press conference on June 10. During the Ubisoft E3 2019 press conference, the company announced Watch Dogs Legion, Roller Champions, and Gods & Monsters, along with a few other surprises. Splinter Cell was, however, left out of the fun, as were Skull & Bones and Beyond Good & Evil 2.
Ubisoft always packs its E3 press conferences full of new game announcements, as well as additional gameplay for titles it revealed in the past. This year was no exception, with the Ubisoft E3 2019 press conference delivering a mix of colorful, lighthearted titles with hardcore Tom Clancy-verse games and the return of an acclaimed franchise. As long as you weren’t hoping for a new Splinter Cell this year, there was something for you at the presentation. Here are the biggest games and announcements from the Ubisoft E3 2019 press conference. For even more news from the show, including information on Rob McElhenney’s show Mythic Quest, watch the full conference above.
Its title was revealed prior to the show, but Ubisoft showed Watch Dogs Legion in action for the first time at its press conference. Set in a near-future London that has been ravaged by Brexit and practically taken over by an authoritative entity known as “Albion,” Watch Dogs Legion tasks you with forming a resistance organization to fight back and liberate the city for its citizens. The kicker is that there is no main protagonist — any character you recruit becomes the main character until they are killed, at which point they are gone for good. If you want to play as a Cockney street hustler, you can, or you can play as an ex-assassin grandmother. The cinematics change based on who you’re controlling and they’re all fully voiced.
In a lengthy gameplay demonstration, Ubisoft showed off an origin mission for a potential recruit. Multiple members of the DeadSec organization work together to locate and rescue a man skilled at hacking drones. This is done through a mix of reconnaissance, driving, gadgetry, and direct combat, and it includes some gruesome gun-fu-style takedowns. Though the moment-to-moment formula doesn’t seem drastically different from the previous two games, the potential for telling your own stories through the characters you control is impressive.
Watch Dogs Legion is out for Xbox One, PS4, PC, and Google Stadia on March 6,2020.
Ubisoft gave Ghost Recon Breakpointits grand unveiling earlier this spring, but the game was still given plenty of time in the spotlight, complete with star Jon Bernthal. During the press conference, we learned that his character Cole Walker will effectively be in control of an entire army, making it the most dangerous mission the Ghosts have ever faced. 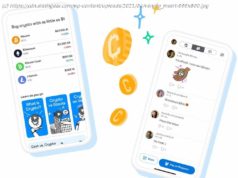 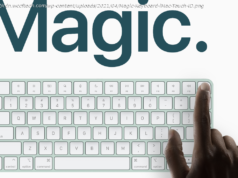 The Redmi Gaming Phone Will Make Its Debut In One Week