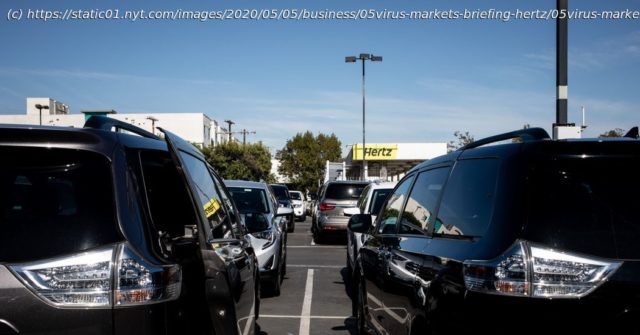 The latest on stock market and business news during the coronavirus outbreak.
This briefing is no longer being updated. Follow live market developments here.
Hertz, which started with a fleet of a dozen Ford Model T’s a century ago and became one of the world’s largest car rental companies, filed for bankruptcy protection late Friday after falling victim to its mountain of debt.
The coronavirus pandemic has devastated Hertz by grounding business travelers and tourists, making it impossible for the company to continue paying its lenders. A sharp drop in used car prices has also decreased the value of its fleet.
“They were doing quite well, but when you turn off the revenues and you own all these cars and all of a sudden the cars are worth less it’s a very tough business,” said John Healy, an analyst and managing director with Northcoast Research in Cleveland.
Hertz, which also owns the Dollar and Thrifty brands, had piled up $17 billion in debt but was reporting healthy sales at the start 2020. But the pandemic dealt what the company has described as “a rapid, sudden and dramatic” blow. Sales dried up in March as much of the world started to shelter at home.
The company’s march to bankruptcy began in late April when it missed a payment on a lease for some of its fleet. It persuaded lenders to give it until midnight on Friday to put together a financial plan that they could accept. But in a filing this month, Hertz acknowledged the enormity of the task.
The Transportation Department said late Friday that it would tentatively allow 15 airlines to stop flights to about 60 mostly small and midsize cities, though none of the destinations stand to lose service entirely.
The destinations are mostly in secondary markets where airlines have said there is little demand for flights or that could be served by other nearby airports.
American Airlines, for example, would be allowed to stop flying to an airport in Worcester, Mass., which is a little over an hour’s drive from Boston Logan International Airport. It would also be allowed to stop flying to Aspen and Eagle, Colo.
Delta Air Lines would be able to stop service to Erie, Pa.; Flint, Mich.; Lincoln, Neb.; and Williston, N. D., among others. United Airlines would be able to stop flights to Fairbanks, Alaska; Kalamazoo, Mich.; Myrtle Beach, S. C.; and others.
The decision is rooted in the federal stimulus passed in late March, known as the CARES Act. Under that law, any airline that received federal assistance, including all of the major carriers, is required to maintain a minimum number of flights to locations that it had served before the pandemic erased virtually all demand for air travel. But the law also allowed the Transportation Department to grant exceptions, which it has done regularly for weeks.
The agency said it would review any objections or comments on its decision filed before 5 p.m. next Thursday.
Chinese officials declined to set an economic growth target for this year and outlined plans to ramp up government spending, as they continue to look for ways to recover from the economic toll of the coronavirus.
In his annual report to Chinese lawmakers on Friday, Premier Li Keqiang said that the country’s leaders had declined to set a target for the first time in years “because our country will face some factors that are difficult to predict in its development due to the great uncertainty regarding the Covid-19 pandemic and the world economic and trade environment.”
China’s economy shrank in the first three months of the year compared with a year earlier, the first decline in the modern era, after efforts to fight the outbreak froze vast parts of its industrial machine.
China’s growth target represents a gauge of how the country’s leaders see the economy faring, and its official figures — which most economists consider to be too smooth and steady to be precisely accurate — generally meet or exceed the goal. Last year, it set a target of 6 percent to 6.5 percent.
Mr. Li’s report said China would ramp up government spending by $140 billion to stir growth, plus issue a similar amount on bonds for coronavirus recovery efforts. While significant, the spending represents about 2 percent of China’s annual economic output, a smaller proportion compared with what other countries have done. 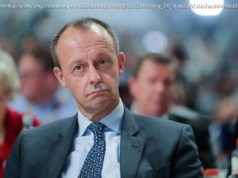 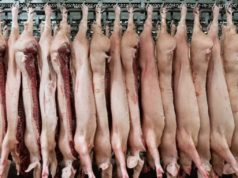