The president had mischaracterized London Mayor Sadiq Khan' s remarks to London residents in the aftermath of a terror attack in the city over the weekend
President Trump for a second day lashed out at London’s mayor on Twitter in the wake of a deadly terror attack in the city over the weekend.
Mr. Trump tweeted Monday morning that London Mayor Sadiq Khan had offered a « pathetic excuse » and « had to think fast on his ‘no reason to be alarmed’ statement. »
But Mr. Trump mischaracterized Khan’s statement to London residents following a vehicle and knife attack that left seven people dead and dozens injured.
The president had slammed Khan over Twitter on Sunday — « At least 7 dead and 48 wounded in terror attack and Mayor of London says there is ‘no reason to be alarmed!' »
But the mayor was talking about the stepped-up police presence in the city after the attack — not about the attack itself.
Here’s what Khan had said in a television interview on the BBC Sunday evening: « Londoners will see an increased police presence today and over the course of the next few days. No reason to be alarmed. One of the things the police, all of us, need to do is make sure we’re as safe as we possibly can be. I’m reassured that we are one of the safest global cities in the world, if not the safest global city in the world, but we always evolve and review ways to make sure that we remain as safe as we possibly can. »
Khan’s spokesman said he was too busy to respond to Mr. Trump’s « ill-informed » tweet.
Mr. Trump’s latest missive at Khan was part of several Monday morning tweets from the president. The president also lashed out at his own Justice Department for seeking a « watered down » version of the travel ban he signed in March instead of a broader directive that was also blocked by the courts.
The war of words was the latest episode in a long simmering feud between Mr. Trump and Khan, a Muslim who was elected as London’s mayor in May 2016. After his election last year, Khan tweeted criticism of then-candidate Trump’s rhetoric, saying that his « ignorant view of Islam could make both our countries less safe. It risks alienating mainstream Muslims. » President Trump later challenged Khan to an IQ test during an interview on ITV.
Senior White House adviser Kellyanne Conway on Monday condemned what she called the media’s « obsession with covering everything he says on Twitter and very little of what he does as president. »
In an appearance on NBC’s « Today Show,  » Conway said people should pay attention to what the president is doing, saying people in England had tried to inform authorities about the terrorists before the attacks happened.
« If you’re going to see something and say something, it has to be followed by, do something,  » she said. « And this president is trying to do something to protect the people of this country. »
Mr. Trump said he had spoken with British Prime Minister Theresa May to express America’s « unwavering support » and offer U. S. assistance as the British government works to protect its citizens and bring the guilty to justice.
British authorities say that have identified the three attackers but have not revealed that information publicly. 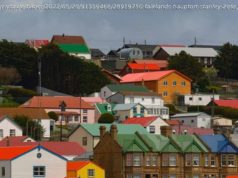 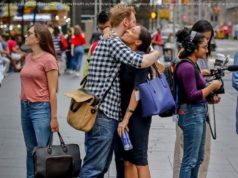 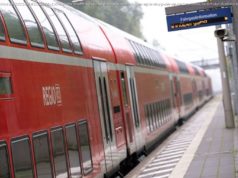