The Latest on health care legislation (all times local):
WASHINGTON (AP) – The Latest on health care legislation (all times local):
3:40 p.m.
A chief sponsor of the teetering Senate Republican drive to erase the Obama health care law says he’s not giving up, even though Sen. John McCain has dealt the effort a near-fatal blow.
South Carolina GOP Sen. Lindsey Graham says, « We press on. »
Graham says his friendship with McCain is not based on his votes, but instead on « how he’s lived his life and the person he is. »
Graham says he disagrees with the Arizona Republican’s opposition to the GOP repeal bill. He says the measure remains the best chance to scrap and replace President Barack Obama’s health care law.
The bill would transfer health care decision-making and funding from Washington to the states.
A Senate showdown is expected next week. The drive now seems likely to fail.
___
3:10 p.m.
A leading Senate Democrat says she’s willing to resume efforts to find a bipartisan deal on health care.
Washington Sen. Patty Murray made the remark after Republican Sen. John McCain said he’ll oppose the GOP’s last-ditch bill to repeal President Barack Obama’s health care overhaul. The Arizona Republican’s opposition means the GOP legislation would likely die in a Senate showdown expected next week.
Murray and GOP Tennessee Sen. Lamar Alexander had been working toward a bipartisan bill to shore up individual health care markets. Republicans abandoned that effort last week, as they focused instead on the separate repeal bill.
Murray says she’s willing to keep pursuing a compromise when Republicans give up on the repeal legislation.
Murray says in a written statement that the two parties should be « working together to find common ground. »
___
3 p.m.
The top Democrat in the Senate says he’s assured Republican Sen. John McCain that « as soon as repeal » of Obamacare is off the table, Democrats will resume bipartisan negotiations on health care.
McCain made the stunning announcement Friday that he opposes the latest GOP bill. Moments later, Sen. Chuck Schumer of New York praised McCain and spoke of fresh talks with the Republicans.
Schumer says: « John McCain shows the same courage in Congress that he showed when he was a naval aviator. I have assured Senator McCain that as soon as repeal is off the table, we Democrats are intent on resuming the bipartisan process. »
McCain’s opposition to the bill all but dashes GOP hopes of dismantling President Barack Obama’s Affordable Care Act. Previously, Republican Sen. Lamar Alexander and Democratic Sen. Patty Murray had been working on a bipartisan measure.
___
2:20 p.m.
Talk-show host Jimmy Kimmel is thanking Arizona Sen. John McCain for rejecting the latest Republican bill to repeal the Obama-era health care law.
McCain’s statement of opposition Friday likely deals a fatal blow to the last-gasp GOP measure in a Senate showdown expected next week.
In a tweet, Kimmel thanks McCain « for being a hero again and again and now AGAIN. »
Kimmel has been in a war of words with Louisiana Sen. Bill Cassidy over the GOP bill.
Kimmel said he felt a sense of personal betrayal from Cassidy, a co-sponsor of the bill who went on Kimmel’s ABC show this spring after Kimmel talked about his newborn son’s medical problems. Kimmel said he believes that Cassidy lied to him about Republican health care plans. Cassidy said the comedian was misinformed.
___
2 p.m.
Sen. John McCain says he won’t vote for the Republican bill repealing the Obama health care law. His statement likely deals a fatal blow to the last-gasp GOP measure in a Senate showdown expected next week.
The Arizona Republican says he can’t back the partisan GOP measure because « we could do better working together, Republicans and Democrats. »
He also says he can’t back it without knowing the proposal’s impact on insurance coverage and premiums. The nonpartisan Congressional Budget Office has said its estimates on that won’t be ready next week.
Kentucky Sen. Rand Paul has said he’ll oppose the bill and Maine Sen. Susan Collins says she’s leaning against it.
Republicans control the Senate 52-48. All Democrats oppose the bill so three GOP « no » votes would doom it.
___
12:50 p.m.
Republican Sen. Susan Collins of Maine says she’s « leaning against » a Republican proposal to eliminate the Affordable Care Act, despite new pressure from her state’s GOP governor.
Gov. Paul LePage joined Vice President Mike Pence in Washington Friday. LePage says the bill represents the « best chance » to reform the current system and to return decision-making about funding health care to the states.
LePage cites a study from the Centers for Medicare and Medicaid Services that says Maine would gain 44 percent more in funding by 2026 under the proposal by Republican Sens. Lindsay Graham and Bill Cassidy. The same analysis shows other states would lose ground.
In Maine, Collins says there are lots of numbers floating around, and she’s awaiting an analysis by the Congressional Budget Office before she makes a final decision.
___
11 a.m.
Sen. Rand Paul says despite President Donald Trump’s attacks on him for opposing the new GOP health care bill, the measure is a « fake » and he won’t support it.
The Kentucky Republican says in an interview with The Associated Press that the White House « just wants a legislative victory, they’re not as concerned with the policy » in the bill. He says the measure doesn’t really repeal President Barack Obama’s health care law because it leaves most of its tax increases intact.
Trump tweeted Friday that Paul or other Republicans who vote against the bill will « forever … be known as ‘the Republican who saved ObamaCare.' »
Paul says top Republicans pushing the measure toward a showdown next week have been « tarting it up with special stuff » to try winning enough votes for it to pass.
He says he doesn’t resent Trump’s Twitter attacks on him for opposing the bill. He says, « I’m a big boy. »
____
7 a.m.
President Donald Trump is lashing out at a Republican senator who opposes the last-ditch effort to overturn the Obama-era health care law. 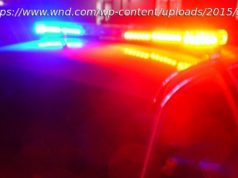 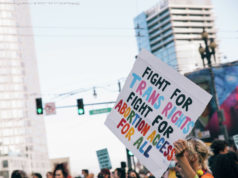 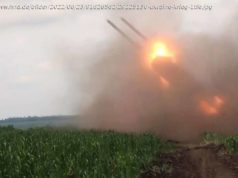