Uproar in Turkey over removing evolution from biology class
Students in Turkey are returning to school Monday where they will be taught evolution for the last time in their biology classes. Next fall, evolution and Charles Darwin will be scrapped from their textbooks.
Turkey has announced an overhaul of more than 170 topics in the country’s school curriculum, including removing all direct references to evolution from high school biology classes.
The upcoming changes have caused uproar, with critics calling them a reshaping of education along the conservative, Islam-oriented government’s line. Opposition parties and unions have organized protests against the changes, demanding that Turkey provide a scientific, secular education for its students. Lawmakers have also opposed the new curriculum in parliament.
Education Minister Ismet Yilmaz said the new « value-based » program had simplified topics in « harmonization with students’ development. » He said evolutionary biology, which his ministry deemed was too advanced for high school, would still be taught in universities.
Evolution has been taught in 12th-grade biology classes in a chapter called « The Beginning of Life and Evolution. » The unit will be replaced by « Living Beings and the Environment » in September 2018 where evolutionary mechanisms like adaptation, mutation and natural and artificial selection will be taught without a mention of evolution or Darwin.
Yilmaz said students would learn the nature of being, including « evolution and other ontological opinions » in 11th-grade philosophy.
Other contentious changes include teaching about jihad or holy war in religion classes as the « love of homeland, » and a lessened emphasis on Mustafa Kemal Ataturk, the founder of the Turkish republic who is revered by Turkey’s secularists. Ataturk instituted the separation of state and religion, but President Recep Tayyip Erdogan’s party has challenged that strict split with a more religious approach.
Students will also learn about the groups that Turkey is fighting: the Kurdistan Workers’ Party or PKK, the Islamic State group and the network of U. S.-based cleric Fethullah Gulen.
Turkey’s education system is already reeling from the trauma of the failed July 15,2016 coup attempt — and the new scholastic program highlights that government victory as « a legendary, heroic story. »
More than 33,000 of the nation’s teachers — about 4 percent — have been purged in a government crackdown after the coup, nearly 5,600 academics have been dismissed and some 880 schools shuttered for alleged links to terror groups.
Many who lost their jobs say the government is using the failed coup as a way to silence its critics.
Turkey blames Gulen for orchestrating the coup, which he denies.
The belief in creationism — that life originated and changed through divine creation — is widespread in Turkey. Many educators are worried because Turkish students are already globally ranked « below average » in science, mathematics and reading compared to their peers across the world, according the Organization for Economic Co-operation and Development.
Mehmet Somel, the head of the Ecology and Evolutionary Biology Society of Turkey, says Turkish students will be unable to understand even basic science if their studies make no direct reference to evolution.
« We won’t be able to produce good doctors, good scientists, when students graduate from high school with this level of ignorance, » Somel said.
Studying evolution allows future doctors to see the causal link between, for example, resistant strains of microbes and excessive antibiotic use, he said.
Cagri Mert Bakirci, a biologist who founded an online learning project called the « Tree of Evolution, » calls the ministry’s claim that evolution is too difficult for Turkish students an « insult » to them and their teachers. His volunteer project reaches nearly 8 million people each week over Facebook with videos and articles.
« I can explain evolution in 10 seconds, » he said.
The two biologists say evolution was never adequately taught in Turkish public schools in the first place. But Somel says the mention of evolution in past programs at least meant that teachers could introduce the topic.
Orkide Kuleli, a retired pharmaceutical professional, said her 15-year-old daughter will now have to learn about Darwin by herself. She was worried, however, about a more insidious change that she says is taking place in Turkey’s education system.
« The goal is to transform society politically and ideologically rather than develop it through science, » she said. « A generation that does not question is one that blindly obeys. »
Erdogan has repeatedly voiced his desire for a « devout generation. » Previous changes to the education system have included an increase in public schools providing religious studies and more elective classes on Islam.
The new curriculum will be rolled out in steps and assessed. This year, students in first, fifth and ninth grades will use the updated program. Other classes, including the changed biology program, will be fully integrated next fall.
The education minister has called the uproar on evolution « partisan, » arguing that the new curriculum had been open to input. The head of Turkey’s education board, Alpaslan Durmus, insisted it was « utterly ignorant » to say evolution has been scrapped when its mechanisms are still being taught.
Latif Selvi of the pro-government Educators Trade Union, which was involved in drafting the changes, also called the widespread criticism of the plan « ideologically motivated. »
« My opinion, based on an evaluation with evolutionary teachers, is that this change is positive, » Selvi said.
Somel, the biologist, believes that self-censorship may be at work rather than a top-down decision to toss out evolution entirely.
« There is serious fear in universities and in the ministry of education that one may be pushed out, and evolution has become one of those scary themes, » he said. 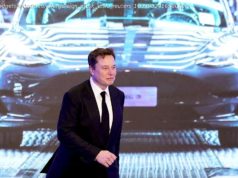 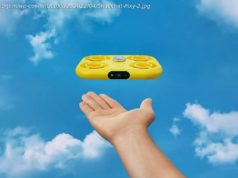 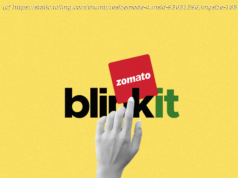