State police wanted to suspend Mark Bessner for 10 days for firing his Taser twice at a handcuffed man
Detroit — Michigan State Police tried but failed to suspend a trooper for his use of a stun gun months before he fired a Taser at a teenager who crashed an all-terrain vehicle and died, according to records obtained by the Associated Press.
Mark Bessner is charged with murder in the death of Damon Grimes, but it wasn’t his only incident involving a Taser. Details are in personnel documents released to the AP through a public records request.
State police wanted to suspend Bessner for 10 days for firing his Taser twice at a handcuffed man who was running away in 2016. But an arbitrator said there was no “just cause” for discipline.
In 2014, Bessner also fired his Taser at a suspect who was handcuffed during a traffic stop in Detroit. He agreed to a five-day suspension, records show, but four days were eventually dropped.
Bessner, 43, now faces serious legal trouble. He was charged last week with second-degree murder in the August death of Damon Grimes of Detroit, who was joyriding on an all-terrain vehicle when the trooper fired his stun gun. The 15-year-old crashed and died.
Bessner, who quit the state police after the teen’s death, has pleaded not guilty and is being held on $1 million bond. Prosecutor Kym Worthy said there was no reason for him to fire his Taser — especially from a moving patrol car.
“His behavior was criminal. We’re not trying to pull the rug over anyone’s eyes,” a state police spokesman, Lt. Mike Shaw, said Tuesday.
Just two months earlier, an arbitrator had cleared Bessner of misconduct in how he used his Taser while chasing a crime suspect. The man was handcuffed during a traffic stop in Detroit but suddenly sprinted away and was able to clear fences.
In that 2016 incident, Bessner believed the man must have slipped out of the cuffs so he used his Taser twice to subdue him. It was a wrong assumption. It’s generally against state policy to use a stun gun on a handcuffed person who’s in custody.
Arbitrator Steven Lett, however, found technical distinctions. He said the man was “no longer in custody” as soon as he ran away.
“The question is whether the officer’s actions are objectively reasonable in light of all the facts and circumstances,” said Lett, quoting a training guide from the Michigan Commission on Law Enforcement Standards.
If the 10-day suspension had been affirmed, it would have triggered an additional four days from the 2014 incident that were being held in abeyance, Shaw said.
Bessner’s personnel file also shows he faced a misconduct allegation in March. State police said he was driving at high speed without emergency lights or sirens. The case apparently wasn’t resolved before he quit last fall.
According to records reviewed by The Detroit News, Bessner was among several state troopers who were sued in cases in federal court and Wayne County Circuit Court for using excessive force. Both cases were later dismissed.
In a 2013 federal case, the lawsuit claimed Bessner and other state troopers spotted Martin McCurtis standing outside Sinai-Grace Hospital’s emergency room and attacked him for no reason.
“The defendants suddenly and violently seized plaintiff by tackling and throwing him to the ground,” the lawsuit said.
“Bessner repeatedly struck plaintiff’s body and gratuitously kneed him in his face and head multiple times as plaintiff was lying defenseless on the ground. The other defendants joined in the unprovoked physical assault of plaintiff.”
The federal suit further stated police sought a warrant against the man for resisting and obstructing a police officer.
“After reviewing the evidence, the Wayne County Prosecutor’s Office refused to authorize a warrant against plaintiff,” the lawsuit said.
The lawsuit was dismissed with prejudice in October 2014 by U. S. District Judge Denise Page Hood after the parties agreed to a settlement. The terms of that settlement were not disclosed in the court filings.
Separately, the Wayne County suit, involving the September 2014 traffic stop in Detroit, also was dismissed.
That lawsuit alleged Bessner and other troopers chased motorist Michael Crittle after running his license plate.
The lawsuit alleged when Crittle stopped, the troopers broke his passenger window and used a Taser on him before Bessner pulled him out of the window and handcuffed him.
In the suit, Crittle said troopers threw him to the ground and he suffered a broken arm.
During a preliminary examination in the case, Bessner admitted he used the Taser on the motorist, including once after the man was in handcuffs.
“He was ordered to exit. He didn’t comply. He was Tasered multiple times until we were able to handcuff him,” said Bessner, according to court records.
That case was dismissed in January 2016 for non-service reasons.
Bessner’s file also includes praise for his work.
“Best wishes for continued success,” Col. Kriste Kibbey Etue wrote in February.
Last year, he received the state police Lifesaving Award for an incident July 13,2016. Bessner, along with Trooper Jacob Liss, responded to a woman having a medical emergency.
She was “unresponsive, profusely sweating and with labored breathing,” according to the Michigan State Troopers Association. Bessner determined the woman was suffering from a drug overdose. 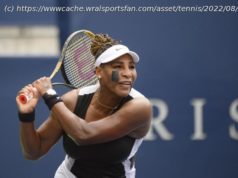 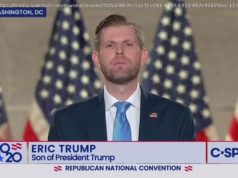 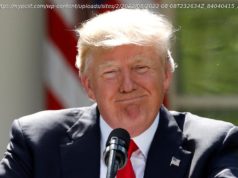