Today’s edition of quick hits.
Today’s edition of quick hits:
* Tomorrow should be interesting: “Republican lawmakers said on Wednesday there is still a need to address immigration through legislation despite President Donald Trump signing an executive order halting his policy of separating families at the border.”
* This was a misguided idea: “The Senate on Wednesday rejected billions in spending cuts proposed by the Trump administration as two Republicans joined all Democrats in voting no.”
* Losing the world’s respect, one day at a time: “U. K. Prime Minister Theresa May condemned on Wednesday the forced separation of migrant children from parents crossing U. S. borders. ‘On what we have seen in the United States, pictures of children being held in what appear to be cages are deeply disturbing,’ she said. ‘I clearly, wholly and unequivocally said it is wrong,’ added May.
* Like I said, losing the world’s respect, one day at a time: “German Chancellor Angela Merkel dismissed claims by U. S. President Donald Trump that officials in her country are ignoring a rise in crime, saying Tuesday that the actual figures ‘speak for themselves.’”
* Timing matters: “Secretary of State Mike Pompeo marked World Refugee Day Wednesday with a statement ‘commemorating the strength, courage, and resilience of millions of refugees worldwide’ as the Trump administration continues to defend its policy of separating children from parents who bring them into the U. S. illegally seeking asylum.”
* Trump just found a new way to annoy members of Congress: “President Trump on Wednesday said he was calling off the annual congressional picnic scheduled for Thursday evening as his administration grapples with the furor over its hardline practice of separating migrant families crossing at the border.”
* Rudy: “President Trump’s personal lawyer Rudolph W. Giuliani was questioned this year in an inquiry into whether he was told about the F. B. I.’s reopening of the Hillary Clinton email investigation before it was disclosed to Congress and the public, he confirmed on Tuesday.”
* The industry scandal that never ends: “The chief executive of Audi, the luxury automaker owned by Volkswagen, was arrested Monday on suspicion of fraud in relation to the German carmaker’s emissions-cheating scandal.”
* I imagine we’ll see a lot of votes like these in the coming years: “A Virginia elementary school named for a prominent general of the Confederacy is to be renamed for the United States’ first African-American president. The Richmond School Board voted 6-1 on Monday night to rename J. E. B. Stuart Elementary School as Barack Obama Elementary School.”
Anything to add? Consider this an open thread. 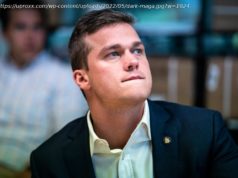 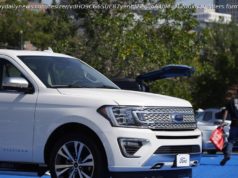 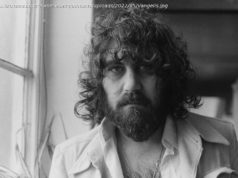