Mexico and the United States announced a revised trade deal on Monday, after a year of sometimes fraught negotiations.
Mexico and the United States announced a revised trade deal on Monday, after a year of sometimes fraught negotiations.
The deal did not include Canada, however, which is due to rejoin the talks, meaning the future of a new North American Free Trade Agreement remains in doubt, at least for now.
Below are some of the key parts of the US-Mexico deal announced Monday, according to the US Trade Representative’s Office:
– An alternative ‘sunset clause’ –
Canadian and Mexican negotiators, as well as US industry, had outright rejected the American demand that any new NAFTA contain a « sunset clause » requiring the parties to re-authorize the agreement every five years.
Under the deal announced Monday, the trade pact will remain in force for 16 years, but will be reviewed every six years. If they decide to renew the agreement, it will be in effect for another 16 years. But if there is a problem, officials would then have another 10 years to negotiate to resolve their differences before the treaty would expire.
– Autos: higher pay, local content –
Ending NAFTA would have meant tearing up the continents closely-integrated auto supply chain.
But Mexico and the United States agreed Monday to sweeping changes to manufacturing and labor requirements that US officials say should boost wages and discourage moving production offshore.
Most notably: the deal will require that 75 percent of auto content be made in the region, and 40-45 percent be made by workers earning at least $16 an hour.
– Labor rights –
USTR Robert Lighthizer said the labor protections in the deal — which had been part of a side agreement to NAFTA — are the strongest ever negotiated, and are enforceable.
Under the agreement, « Mexico commits to specific legislative actions to provide for the effective recognition of the right to collective bargaining, » according to USTR.
The agreement also contains far-reaching requirements on internationally recognized labor rights: prohibiting the imports of goods made through forced labor, deterring violence against workers and ensuring protections for migrant workers
– Agriculture –
The governments agreed to keep tariffs on agricultural goods at zero, not to allow export subsidies for goods sold in each other’s markets, and to update existing provisions to cover advanced biotechnologies used in agribusiness.
– Intellectual property –
The deal will require that officials be empowered to stop suspected counterfeit goods at all ports of entry or exit. It will also require « meaningful » penalties for illicit video-recording of movies by audience members as well as civil and criminal penalties for the theft of satellite and cable television signals.
The new rules would also provide enhanced protections for copyrights, patents and licenses.
– Liquor –
Mexico City and Washington agreed to new labeling and certification provisions to ease trade in spirits and wine. They also pledged to continue recognizing Bourbon and Tennessee whiskies as distinctly American and Tequila and Mezcal as distinctive products of Mexico. 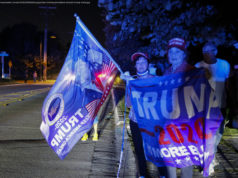 FBI's Mar-a-Lago Raid Presents a Time for Choosing: The Regime, or America | Opinion 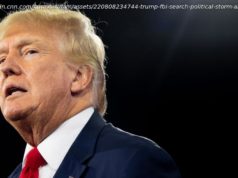 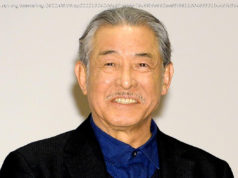