Oppo’s Realme has also hinted at the arrival of Realme 2 Pro, which will likely come with higher configuration and price tag. Read on to find out everything about Realme 2.
Oppo’s online-only sub-brand has officially launched the Realme 2 smartphone in India, disrupting the entry-level smartphone space with competitive pricing and attractive features yet again. If you were impressed by the Realme 1, the Realme 2 offers more features at the exact same price point, which makes it hard to compete with for other OEMs.
Everything about the Realme 2 looks impressive, at least on paper, and before we get to the specs of the phone here’s when the smartphone will go on sale in India.
Realme 2 comes in two variants, 3GB+32GB and 4GB+64GB configuration, priced at Rs 8,990 and Rs 10,990, respectively. The budget smartphone comes in Diamond Black and Diamond Red shades, which will go on sale exclusively on Flipkart starting September 4 at 12 noon. There’s also a Diamond Blue edition expected to be available in early October.
Early buyers of the Realme 2 can avail some launch offers, such as flat Rs 750 off on using HDFC Bank debit and credit cards, no cost EMI, Rs 4,200 worth instant benefits by Reliance Jio and an additional 120GB data.
But that’s not it. Realme also hinted at another variant to its Realme 2, dubbed Realme 2 Pro, which it will launch in September. Going by our best hunch, the Realme 2 Pro will come with 6GB+128GB configuration for Rs 13,990. The rest of the features in the Realme 2 Pro are likely to remain same as the Realme 2.
Realme 2 offers many features that cannot be matched by its rivals in the same price range. It comes with a 6.2-inch large display with 720×1520 HD+ display with 19:9 aspect ratio and that famous notch up top.
Realme 2 features the second generation of diamond cut design with 12-layer nanotechnology, a fingerprint scanner and a dual camera set up at the back. The dual cameras combine 13MP f/2.2 aperture sensor and 2MP f/2.4 sensor, which enables Portrait shots, and the front camera comes with an 8MP f/2.2 sensor with Face Unlock.
Under the hood, the Realme 2 comes with Qualcomm Snapdragon 450 processor, Android 8.1 Oreo-based ColorOS 5.1 and a reliable 4,230mAh battery with AI Power Master. The phone also comes with dual SIM card slots along with a dedicated microSD card slot supporting up to 256GB additional storage.
Given these features of the Realme 2 at such a low price point, there is naturally going to be a high demand for the smartphone. So if you are planning to get your hands on the device soon, be prepared for the first flash sale for the handset that’s about to go live at 12 noon next Tuesday. 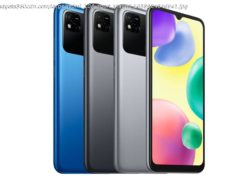 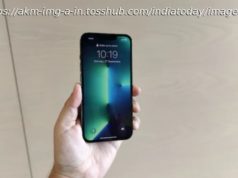 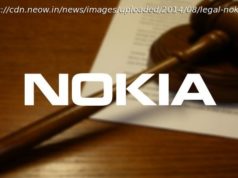