Trump is speaking the day after introducing a new immigration plan
President Trump spoke before the National Association of Realtors Friday afternoon, beginning his speech by announcing that the U. S. would be lifting steel and aluminum tariffs.
« We’ve just reached an agreement with Canada and Mexico and we’ll be selling our product into those countries without the imposition of tariffs or major tariffs, » Mr. Trump said. He expressed hope that Congress will approve the U. S.-Mexico-Canada Trade Agreement.
He did, however, say that his increase on tariffs on Chinese products and China’s retaliatory tariffs was « worth it, » to ensure that China would stop cheating the U. S. through trade. Acknowledging that these tariffs have had a negative effect on farmers — many of whom supported Mr. Trump in 2016 — Mr. Trump called them patriots, saying « we’re taking care of our farmers » and he has « never heard a complaint. »
« Farmers are incredible. I don’t know. They may even be better than the realtors! » Mr. Trump cracked.
Mr. Trump, who has a background as a real estate mogul, spent much of his speech cracking jokes to laughs and applause from the audience. He acknowledged that his speech was « all off-cuff, » because he knew more about how to talk to realtors.
The president also spoke extensively about the economy. Bragging about low unemployment among women, Mr. Trump joked that « men should sue the women for discrimination. 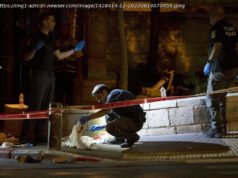 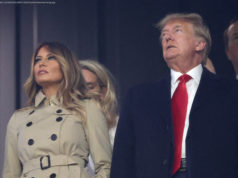 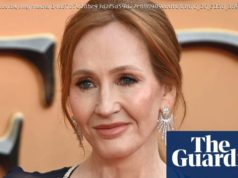