Trump said Mexico will soon increase its spending on US agricultural products. The ambassador said that isn’t exactly the case.
Mexico’s ambassador to the United States, Martha Bárcena Coqui, worked to clarify elements of the recent US-Mexico immigration agreement that staved off tariffs on Mexican goods Sunday.
As part to the deal, Mexico has agreed to station 6,000 members of the National Guard around the country, most at the Mexico-Guatemala border. The tariffs would have placed a 5 percent tax on all Mexican goods starting Monday; that tax would have risen at regular intervals to 25 percent.
Trump said the threat of tariffs was necessary to push Mexico to increase its efforts to reduce the flow of South American immigrants and asylum seekers traveling to the US-Mexico border.
The deal was announced by President Donald Trump on Friday, but tweets he sent, as well as reporting that showed the National Guard agreement had actually first been made in March, led to some confusion about the compact.
Coqui was asked to explain details of the agreement Sunday on CBS’s Face the Nation, and clarified statements Trump made on agricultural trade while elaborating on the role the National Guard will play in Mexican immigration enforcement.
Saturday, Trump tweeted that following the immigration agreement, Mexico planned to increase the amount of US agricultural product it buys.
MEXICO HAS AGREED TO IMMEDIATELY BEGIN BUYING LARGE QUANTITIES OF AGRICULTURAL PRODUCT FROM OUR GREAT PATRIOT FARMERS!
The joint statement released by the US and Mexico did not mention any increase in agricultural orders, and as Bloomberg pointed out, Mexico does not have an official government body that would buy and distribute food products or farm equipment. 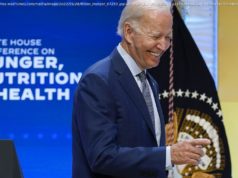 Biden looks for dead congresswoman in crowd at a White House event: ‘Are you here?’ 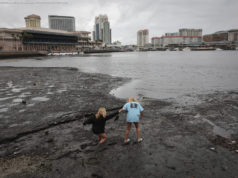 Ominous Warning About Receding Water in Florida Is 'Stuff of Nightmares' 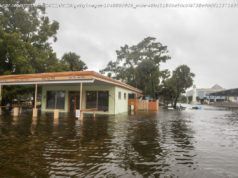 Category 5 hurricanes are rare in the U.S. There have only been 4 in its history