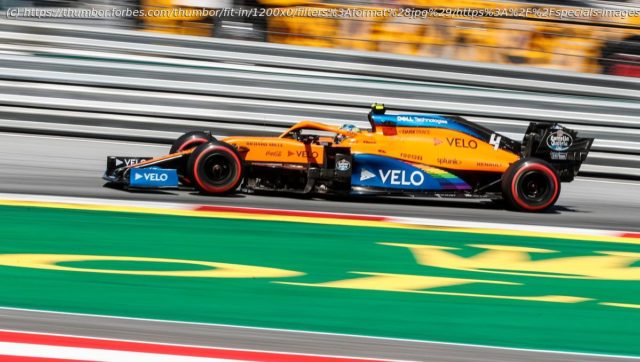 On Sunday McLaren scored its best start to an F1 season since 2014. It was driven by science.
Paying salaries is usually the biggest single cost for companies in any industry. Not Formula One teams. The amount they spend on research and development often overtakes their employee costs and is the formula for their success.
After an extended break due to the coronavirus F1 returned to the track on Sunday with a nailbiter in Austria which saw reigning champion Lewis Hamilton finish fourth after being penalized when his Mercedes collided with Alex Albon’s Red Bull Racing car.
Mercedes still finished on top as Hamilton’s team mate Valtteri Bottas won the race. He was joined on the podium by Ferrari’s Charles Leclerc and Lando Norris, a 20 year-old racing prodigy who joined the McLaren team last year. It wasn’t just his best result but McLaren’s best start to an F1 season since 2014.
It was a race of attrition as only 11 of the 20 cars finished. This is where McLaren’s investment in research and development came into its own.
A condition of racing in F1 is that its teams have to be constructors meaning that they must design and build their own chassis. In contrast, F1’s American single-seater rival IndyCar allows its squads to use the same chassis design which results in less diversity of technology and makes the cars significantly cheaper.
Top IndyCar teams run on annual budgets of around $15 million whereas those at the sharp end of the grid in F1 spend more than 30 times that amount with more than $140 million of it going on research and development. From next year F1 will introduce a $145 million cost cap to drive down this turbocharged spending.
Each F1 car alone is worth approximately $2.6 million in material costs and although their futuristic bodywork is the most eye-catching component, it’s what the eye can’t see that makes them so costly.
It’s perhaps no surprise that the most expensive elements of F1 cars are their engines. With an output of around 1,000 horsepower and energy recovery systems, the 1.6-liter V6 turbos epitomise engineering excellence.
They power the cars to more than 220 miles per hour and don’t just need to last the one and a half hour race duration. Each driver is only allowed to use up to three engines per season so not only do they have to run to the highest specification, they have to last too.
The same goes for many of the costly carbon fiber components in the cars which have to operate under extreme stress for protracted periods of time. Perhaps surprisingly, scientists hold the keys to this.
At most race meetings fans swarm the sides of the track and pick up the debris as souvenirs after an accident. F1 is an exception as the parts are collected by the teams so that the damage can be analyzed in a lab to prevent it from happening again. Teams employ materials engineers who use equipment like electron microscopes which would usually be found in hospitals. Like their counterparts in healthcare, F1 teams are also saving lives.
In 2016 McLaren driver Fernando Alonso walked away from a 46G accident when his car was sent into a barrel roll after hitting the rear of the Haas driven by Esteban Gutierrez at the Australian Grand Prix. 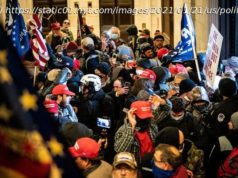 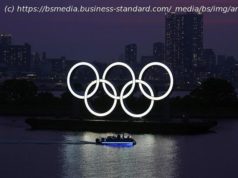 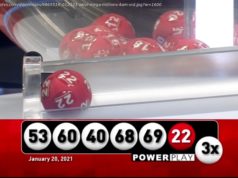