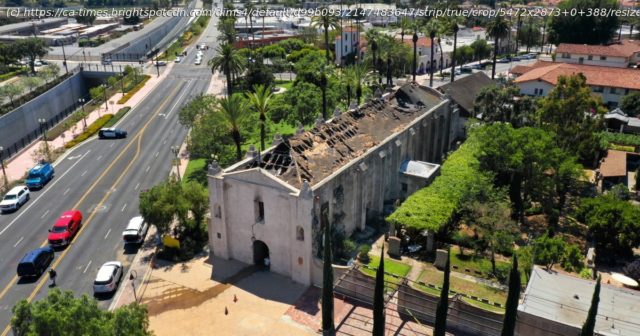 tk
San Gabriel Mission burned Saturday. The mission, although outside the city, is central to the identity, imagination and complicated colonial past of Los Angeles. L. A. only occasionally grapples with that complexity. It is easier to simplify, to reduce the missions to Junipero Serra, whose statue until a few weeks ago stood in front of the mission, and to view Serra as saint or genocidal killer. These tend to be the terms of current debate, but the and the people who have frequented it for two centuries — are way more complicated than that.
The fire, having reduced the mission to a partial ruin, paradoxically forces us to see the mission for all that it is. San Gabriel is among the sites my son, Jesse, who is a photographer, and I have been looking at for the last five years. We were doing a book about California’s past that sits hidden in plain sight.
Now a few hours of heat and flame have made some of Jesse’s photographs historical. The mission remains, but much of the interior of the church that he photographed has ceased to exist.
The tangled past remains too. The first newspaper reports about the fire said the church was 249 years old, but the building is younger. The original mission on the Rio Hondo — from which the party of pobladores, priests and soldiers who founded Los Angeles in 1781 departed — was abandoned because of flooding. 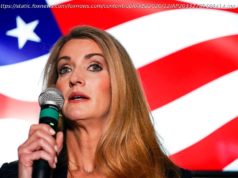 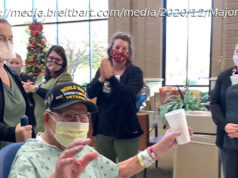 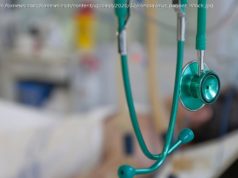