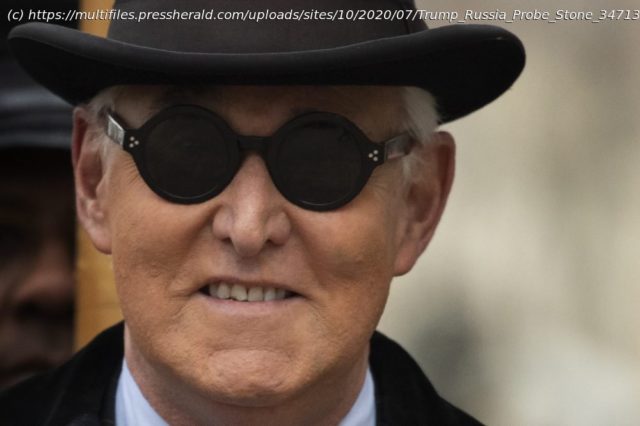 The president makes unfounded accusations against his political foes, while the reaction from Democrats is swift and furious.
WASHINGTON — President Trump’s intervention into a criminal case connected to his own conduct drew fierce rebukes Saturday from Democrats and a few lonely Republicans, with calls for investigations and legislation.
But it remained to be seen if Trump’s most recent defiance of the conventions of his office to commute the sentence of political confidant Roger Stone, just four months before Election Day, would matter to voters grappling with a deadly COVID-19 surge and a national discourse on racial justice.
Shortly before heading out Saturday morning for his Virginia golf club, Trump made unfounded accusations against his political foes while taking another swipe at special counsel Robert Mueller’s investigation, which led to convictions for six Trump aides or advisers, including Stone, a larger-than-life political character who embraced his reputation as a dirty trickster.
“Roger Stone was targeted by an illegal Witch Hunt that never should have taken place,” Trump tweeted. “It is the other side that are criminals, including Biden and Obama, who spied on my campaign – AND GOT CAUGHT!”
Trump has long sought vengeance against the Russia investigation that helped define his first two years in office. And now that the coronavirus pandemic has imperiled his reelection chances by crushing the economy and sending his poll numbers sliding, he has taken to testing the limits of his power in order to reward loyalty and fire up his conservative base.
The decision to commute the sentence of the 67-year-old Stone, who was convicted of lying to help the president and set to report to prison on Tuesday, was loudly celebrated by some in Trump’s orbit as a triumph over deep state prosecutorial overreach.
But the move announced Friday evening came over the advice of a number of the president’s senior advisers, who warned him it would be politically self-destructive to reward Stone for his silence. Trump had long floated the idea of clemency for Stone – as well as for other associates in legal trouble, including his former national security adviser Michael Flynn and campaign chairman Paul Manafort — which itself was viewed by some as witness tampering by encouraging them not to cooperate with prosecutors. 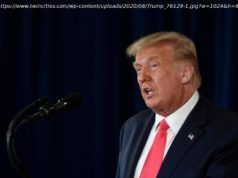 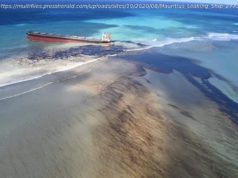 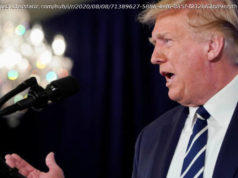