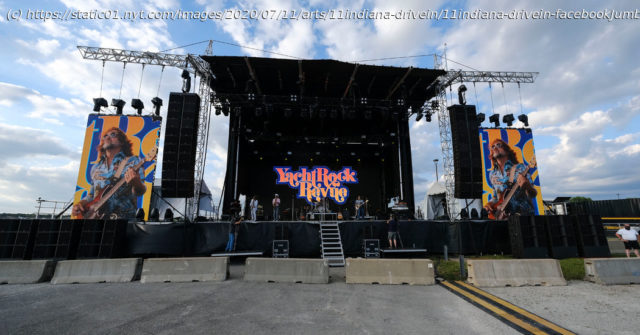 Live Nation’s outdoor music series attracted many captain hats, but few masks (which weren’t required).
NOBLESVILLE, Ind. — On a breezy,80-degree summer night, more than a thousand, mostly middle-age smooth rock fans, many of them sporting cargo shorts and captain’s hats, danced for two hours to tunes from the 1970s and ’80s by Yacht Rock Revue, who were performing in an Indiana parking lot.
A couple who looked to be in their 50s twirled like two young lovers around a camper van to a rendition of Toto’s “Africa.” Dads in polo shirts and shorts decorated with palm trees clutched cans of Coors Light as they took group selfies in front of SUVs and pickups bearing “Hall/Oates ’20” stickers.
The drive-in concert in the grassy parking area west of Ruoff Music Center, an outdoor amphitheater approximately 30 miles northeast of downtown Indianapolis, kicked off the first night of Live Nation’s “Live From the Drive-In” series, which includes nine performances this weekend by artists like Brad Paisley and Darius Rucker at three venues in the Midwest and Southeast. (Nashville and Maryland Heights, Mo., near St. Louis, are the other two host cities.)
The coronavirus caseload in Indiana increased on Friday, with the state reporting 748 new infections, the highest daily total since May 6. But Dan Murphy, a self-described Yacht Rock Revue groupie who follows the band around the country and has seen them play more than 20 times, said he wasn’t worried. Murphy, a 53-year-old father from Carmel, Ind., said he felt safe attending with his wife and 23-year-old daughter because he believes outdoor activities are low risk. “I feel like it’s safe as long as you’re wearing the mask when you’re near other people,” he said.
Sarah Gaspary,37, who was attending with her husband and neighbors and wearing a white captain’s hat with gold trim, an accessory wildly popular among the group’s fans, said it was hard to know what to believe because she was hearing conflicting information from the World Health Organization and the Centers for Disease Control and Prevention. “I don’t want to be insensitive, but everyone’s going to die at some point,” she said. “At some point, you have to live your life.”
Live Nation instituted safety measures for the series: All tickets had to be purchased in advance and were scanned through car windows by staff members in masks who were careful not to make physical contact. 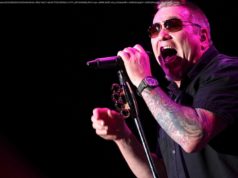 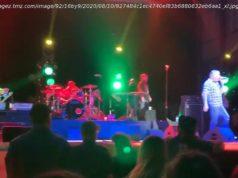 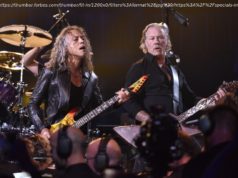 Metallica To Screen First Concert Of 2020 At Drive-Ins Across The U. S. And Canada