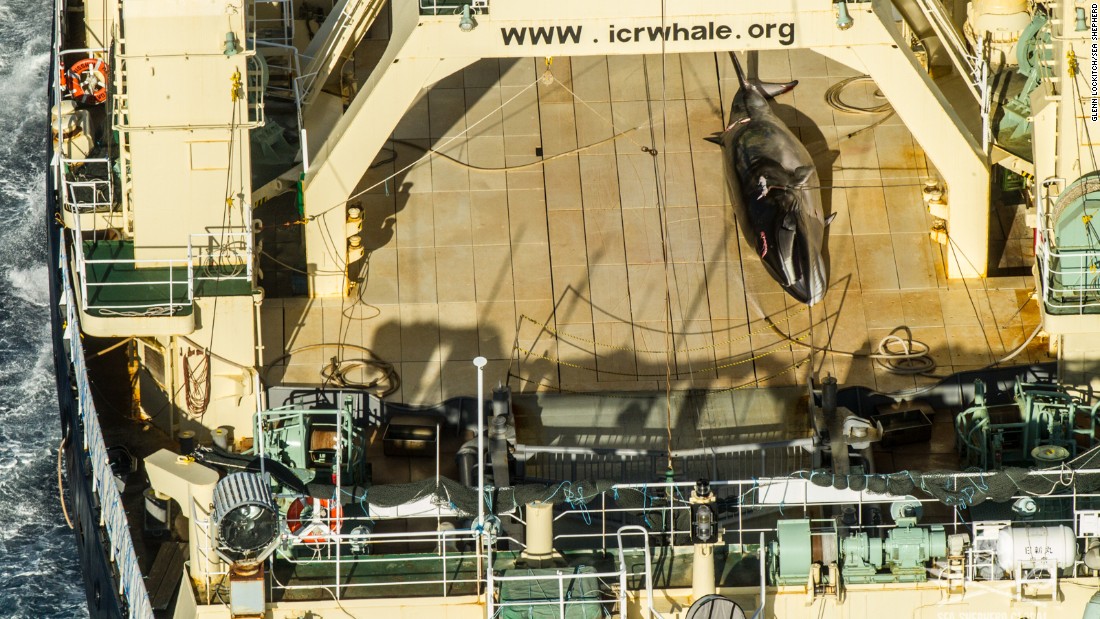 The group said the Nisshin Maru was spotted trying to cover up a dead minke whale carcass with a tarp when a helicopter approached the vessel in the waters of the Australian Whale Sanctuary.
Captain Adam Meyerson of the Ocean Warrior, Sea Shepherd’s newest Southern Ocean patrol ship, says that the crew was caught «red-handed. »
Japan’s Whaling affairs division of its Fishery Agency said it was aware of the Sea Shepherd statement and photographs, but said it would hold off on commenting until it gets a report of its own from the Japanese vessel.
Whaling loophole
Sea Shepherd says the photographs it released are the first documenting the killing of whales by Japanese whaling fleets since the International Court of Justice ruled against the program in 2014.
After the ruling, Japan announced new research program, under which it would kill up to 333 Antarctic minke whales each year.