2016 was a decent if unspectacular year for PC gaming. Several popular game franchises received high quality additions – Battlefield 1, Dishonored 2, Civilization VI, and Watch Dogs 2 just to name a few – but we also saw great new IPs from studios big (Ubisoft’s The Division) and small (Jonathan Blow’s The Witness).
On the other hand, a collection of games we were excited to play ended up being major disappointments. Mafia III and No Man’s Sky are prime examples, though even titles like Deus Ex: Mankind Divided received mixed reception among fans of the series. Hopefully the games we’re most excited to play in 2017 will meet the hype surrounding their release.
Perhaps the most hotly anticipated game of 2017 on PC, as well as consoles, is Mass Effect Andromeda. While not a direct sequel to 2012’s Mass Effect 3, Andromeda will bring gamers back into the universe of the highly regarded original trilogy, complete with an all-new open world environment. The game is Electronic Arts’ big first half release, and developer BioWare will undoubtedly create a stunning role-playing experience using DICE’s fantastic Frostbite 3 engine.
Andromeda is set 600 years after the events of Mass Effect 3 in, you guessed it, the Andromeda Galaxy. The game will feature many classic Mass Effect elements, such as exploration of planets using a space ship under your character’s command, the ability to play as many races and genders, and choices that impact the narrative. After delays pushed Andromeda back to an early 2017 launch, we can’t wait for this one to hit PC.
The hack-and-slash genre has been neglected for a few years now. Most games of this type are either transformed into expansive role-playing adventures, or released in a painfully mediocre state (anyone remember Ryse: Son of Rome?). For Honor is Ubisoft’s take on the genre, their first in 30 years of game development and publishing, and it’s set to occupy the company’s traditional early-year release slot that last year gave us Far Cry Primal and The Division.
For Honor allows you to take control of a character from one of three major medieval war factions: The Legion (knights), The Chosen (samurai), and The Warborn (Vikings). Throughout a story-driven singleplayer campaign you’ll duel enemies using a combat system known as “Art of Battle”, which gives more intricate control over weapons than a standard ‘mash the button’ hack-and-slash game. There’s also a variety of multiplayer, which the game’s creative director described as a “shooter with swords”, whatever that means.
Most fantasy role-playing games include magical elements, but Kingdom Come: Deliverance is different. This is a role-playing game based on medieval history; there’s no magic, no dragons, and no potions to be found here. Kickstarted in 2014 and developed by a new company called Warhorse Studios, Kingdom Come is set to offer something truly different than the vast majority of fantasy RPGs.
Elements you’d expect from a modern RPG are still here, though. The game is open world, set in the Kingdom of Bohemia in 1403. There’s a skill tree for your character, and a weapons system that supports everything from swords to bows. With such a strong focus on realism, you can also expect an NPC system that reacts to crime, an intricate armor system that includes degradation, and lots of travelling around on horses. If it all comes together as planned, this could be the sleeper hit of 2017.
Scalebound is the third role-playing game on this list so far, and it could be the most exciting. Developed by PlatinumGames as an exclusive for Microsoft platforms, Scalebound sees the player control not just a human character, but also a large dragon sidekick. 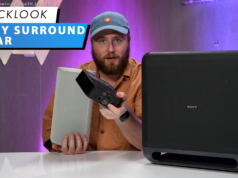 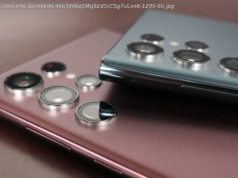 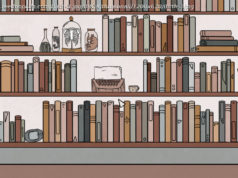