NEW ORLEANS — The Celtics are facing a dramatic internal feud that could make Carmelo Anthony-Phil Jackson, Russell Westbrook-Kevin Durant and Alexander Hamilton-Aaron Burr pale in comparison. Here at last night’s NBA All-Star Game, Celtics coach Brad Stevens, tasked with running the…
NEW ORLEANS — The Celtics are facing a dramatic internal feud that could make Carmelo Anthony-Phil Jackson, Russell Westbrook-Kevin Durant and Alexander Hamilton-Aaron Burr pale in comparison.
Here at last night’s NBA All-Star Game, Celtics coach Brad Stevens, tasked with running the Eastern Conference squad, played Shamrock star and proclaimed King of the Fourth Isaiah Thomas just the first 5:05 of the final period. He kept him on the bench the rest of the game, a 192-182 (that’s right, 192-182) loss to the West.
“Yeah, I’m not talking to Brad,” said a straight-faced Thomas moments after the game’s end. “I’m mad at him.”
Faced with the serious conflict that threatens to tear the Celtics apart, Stevens used the buddy system. He threw his buddy under the bus.
“Jamie Young did the minutes,” Stevens said, referring to one of his assistant coaches from the C’s, all of whom were here on and around the All-Star bench.
Obviously, Thomas and Stevens were having fun with the situation. Not much was being taken seriously as the players got out of each other’s way to allow lobs and dunks and open 3-pointers.
“That was actually one of the hardest jobs I’ve ever had, managing those minutes in a game that is probably played at less than full throttle,” said Stevens.
Thomas hit his magical 20-point mark, bagging seven of 15 shots from the floor (4-for-10 on treys) in 19 minutes. Each team attempted four free throws, and Thomas hit half of the East’s.
But he found the lack of real basketball a bit of a problem. He didn’t look able to find his rhythm with no one to fake, no one to drive into.
“Yeah, I couldn’t,” Thomas said. “I almost missed a few layups because I was trying to get to the contact. But hopefully in the next few years when I’m in these All-Star Games, it gets a little more competitive. I mean, it’s hard to just keep going up and down and basically taking open shots.”
Thomas’ most memorable moment in his second All-Star appearance came when he failed while trying to bounce the ball and dunk it.
“You know, I probably didn’t say five words on the bench tonight, but I think I said stay in your lane after the first attempt,” said Stevens. “But I loved it because he missed it and he dribbled it out back behind the 3-point line and drilled a 3.”
Thomas did have a momentary back-and-forth with Westbrook, hitting a 3-pointer on the Thunder star after Westbrook had banked in a bomb.
“Yeah, I’m coming for the scoring title, man. I’m right behind him,” said a smiling Thomas, whose 29.9 points per game trail leader Westbrook’s 31.1. “Nah, that’s just two guys competing, having fun, showing the people what they want.”
While the players obviously believed the people wanted faux hoops, a group of fans near the West bench got a “De-fense, de-fense” chant going late. DeAndre Jordan, a good humor man, went to the baseline and said “No, No,” as he waved for them to stop.
There wasn’t even the usual push at the end.
“I mean, I think that in the past, at least generally in the fourth quarter, guys have picked it up,” said West coach Steve Kerr. “That’s what I was expecting. It didn’t happen tonight. I would like to see it more competitive. I’m not sure how to do it. It’s up to the players really.”
Stevens, seated beside Kerr at the postgame podium, played straight man.
“Certainly, I think that, whether it’s from a timing standpoint, whatever the case may be, you know, there were a few too many transition baskets allowed,” cracked the coach on a night when the East had 107 fast-break points to the West’s 106. “But I thought that was strictly coaching and a deficiency on our part.”
Asked further about defense, Stevens deadpanned, “Yeah, we mentioned it. I mean, we talked about trying to get back in it at the end and talked about how, obviously, the one way to do that is keep people in front of you. But, no, it probably should have been a bigger emphasis in retrospect now.”
Thomas then offered what seemed to be the theme for the players.
“It was just nice being able to interact with those guys and be around them more than usual and just having fun,” he said. “That was the big thing of this weekend.” 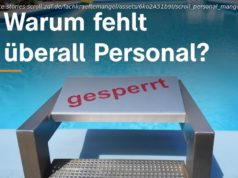 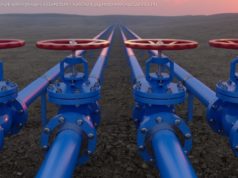 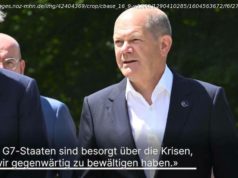