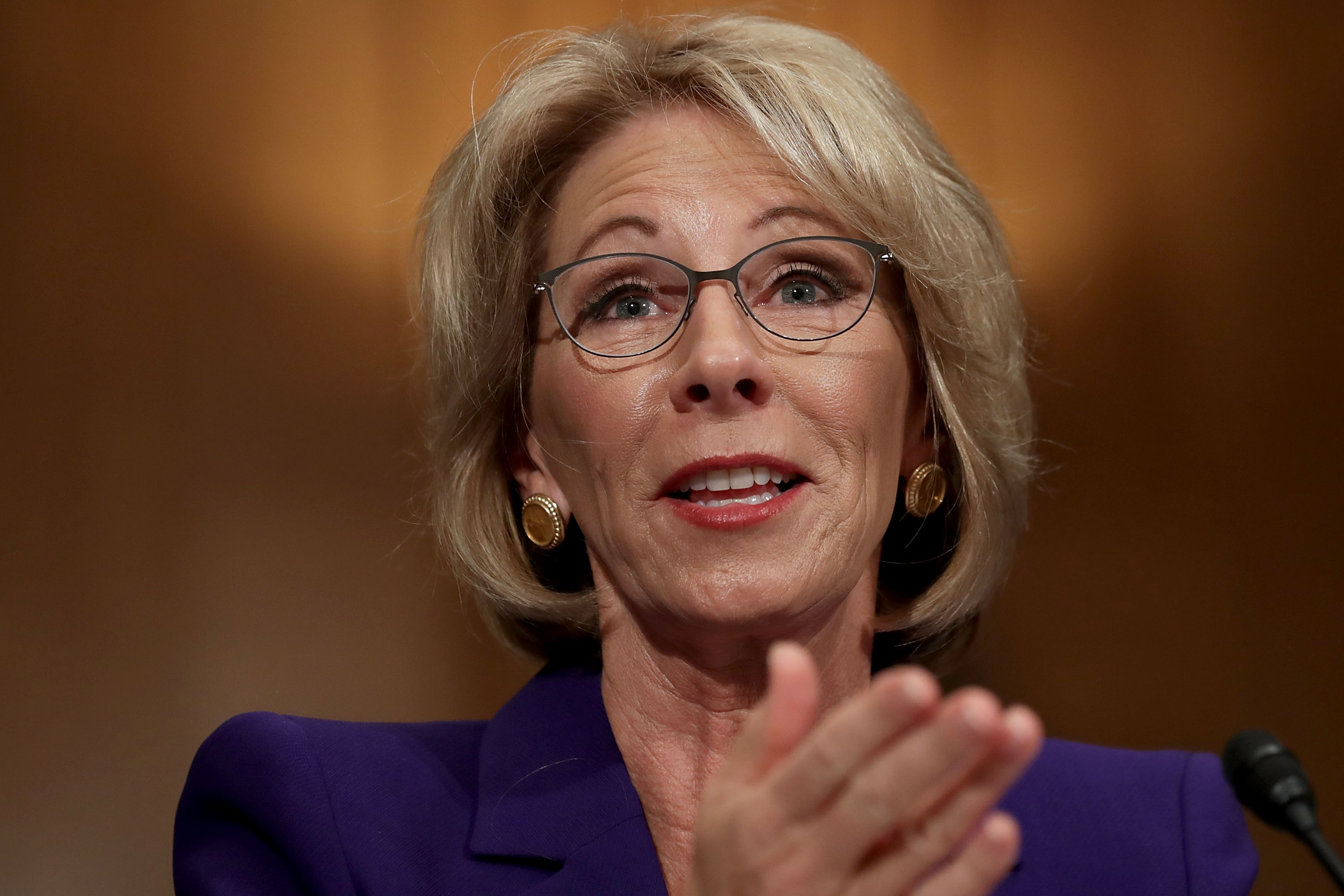 WASHINGTON (AP) — The Senate is poised to confirm President Donald Trump’s nominee for education secretary by the narrowest possible margin, with Vice President Mike Pence expected to break a 50-50 tie.
The vote planned around 12 noon today will come after Democrats undertook a marathon speaking binge in the overnight hours in a show of opposition to the nominee, Betsy DeVos. DeVos is a wealthy GOP donor who has devoted herself to boosting alternatives to public education, sparking concerns among educators that she won’t be a strong champion for the nation’s public school systems.
Two GOP senators, Susan Collins of Maine and Lisa Murkowski of Alaska, have announced plans to oppose DeVos in a Senate split 52-48 between Republicans and Democrats.
Copyright 2017 The Associated Press. All rights reserved. This material may not be published, broadcast, rewritten or redistributed.

David Ortiz returns to Boston for medical care after getting shot

NBA FINALS: Kevin Durant out for Game 5 as Warriors hope to beat Raptors