All the top moments of the 2017 ESPY Awards
The 2017 ESPYs was a show that seamlessly danced the line between humor and touching moments.
Former NFL star Peyton Manning hosted the show and began his night with a comedy routine that had everyone in the audience in stitches — even those he picked on.
But there were also heartfelt tributes and a segment to honor those the sports world lost in 2017.
Here are all the top moments:
Peyton Manning
The host kicked off the night poking fun at last year’s MC, Jon Cena.
«Jon Cena is an athlete, the same way Ryan Lochte is a reliable witness, » he joked about the swimmer’s fiasco in Rio last year.
But he wasn’t done, he made fun of his brother Eli, the Knicks, Terrell Owens, the Falcons and more.
«They’ll stop paying attention 3 quarters of the way into» this show, he joked about the Falcon, who blew a huge lead in this year’s Super Bowl .
But he then changed into a fan, praising teams like the Cubs for winning after 108 years and the Final Five for their triumph at the Olympics.
The Skits
While accepting Best Moment on behalf of the Chicago Cubs, Bill Murray started t celebrate right on stage, popping bottles of champagne.
«108 years of waiting is hardly a great moment, » he said, then ripping on all the great Cubs over the years who didn’t win the World Series.
Bill Murray is still celebrating the Cubs’ World Series win. #ESPYS pic.twitter.com/ZQJe755R9x
Cubs star David Ross then joined in and did a dance routine for the fans.
The final out still gives Cubs fans the chills. https: //t.co/eJiLy4e3qm
The Skits
Manning came to play tonight and even poked fun at himself.
One skit was about his retirement and living in a retirement community.
«You like that Ruth, you like that, it’s called winning, it’s called being a champion, » he taunts a senior citizen.
How’s Peyton Manning adjusting to his new retirement life? See for yourself: https: //t.co/LtivAqRXYY #ESPYS
Later, he did a Super Bowl party skit about the Pats-Falcons game.
He was clearly rooting against the Pats, the team that really took it to him during his career. The skit showed him going from excited to depressed as the big comeback ensued.
«House Hunters International is on, let’s change to that, » he said during the 4th quarter.
The Honors
Real life heroes like Air Force Master Sgt. Israel Del Toro — living with burns on over 80 percent of his body after being involved in an IED explosion overseas — was honored with the Pat Tillman Award.
«To all my wounded service members … I will fight for the one who cannot fight, » he said. «This is my promise, this is my pledge.»
Master Sgt. Israel Del Toro suffered severe burns on over 80% of his body… then re-enlisted in the Air Force. https: //t.co/tBZNftJqnK
Jarrius Robertson was given the Jimmy V Award for Perseverance.
The 15-year-old sports superfan, who has had two liver transplants in his young life, did what he always does, spent his time on the podium, promoting organ donation awareness and cracking jokes.
Jarrius Robertson’s strength during 13 surgeries & 2 liver transplants earned him the Jimmy V Perseverance Award. https: //t.co/arC6W2auWU
The icon award went to Vin Scully and the late Eunice Kennedy Shriver was honored by Michelle Obama with the Arthur Ashe Courage Award.
In Memoriam
Finally, a tribute to those we lost in 2017 was led by Chris Berman who spoke about John Saunders.
«A wizard at making me look good» on TV, he called Saunders, adding «I miss him every day.»
Others were honored like Jose Fernandez, Dennis Byrd, Dennis Green, Frank Deford, Arnold Palmer and Craig Sager. 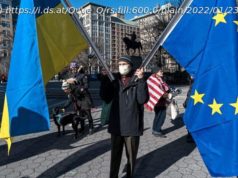 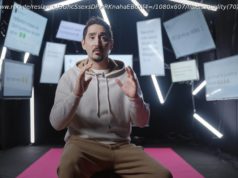 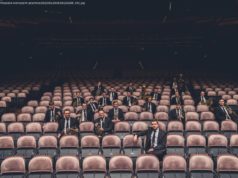