A Fox Business Network host is on suspension after reportedly being accused of sexual harassment.
A Fox Business Network host has been suspended after a contributor reportedly accused him of sexual harassment.
The network said Thursday it suspended «Making Money» host Charles Payne pending an investigation, but didn’t provide any details.
The Los Angeles Times, citing two anonymous sources, reported that Payne had been accused of harassment by a female political analyst who appeared on Fox Business.
«We take issues of this nature extremely seriously and have a zero-tolerance policy for any professional misconduct, » a Fox Business Network representative said in a statement. «This matter is being thoroughly investigated and we are taking all of the appropriate steps to reach a resolution in a timely manner.»
An attorney for Payne didn’t immediately respond to a request for comment Thursday night.
Attorney Neal Korval told the Los Angeles Times his client denies any act of sexual harassment against the woman.
The suspension followed a National Enquirer story Wednesday in which the tabloid said Payne acknowledged a three-year extramarital affair with a female political analyst.
The Times reported Thursday that the woman contacted a law firm representing Fox to lodge a claim of sexual misconduct. She alleges she was blackballed from Fox after she ended the affair, the paper said.
She was a frequent guest on Fox Business Network and Fox News Channel from 2013 to 2016, according to the Times.
The paper withheld her name, citing the nature of her allegations, including a claim that she was coerced into a relationship with Payne.
Payne, a former Wall Street analyst, started working as a Fox Business Network contributor in 2007, and began hosting «Making Money» in 2014.
Fox Business is owned by Fox Entertainment Group, a division of 21st Century Fox.
A series of sexual harassment claims has shadowed units of the media giant, including Fox News, and led to the ouster of such prominent figures as Fox News chief executive Roger Ailes and host Bill O’Reilly.
Ailes died last May after a fall at his home.
O’Reilly hosts his «No Spin News» podcast on his website, www.billoreilly.com, contributes to Glenn Beck’s radio program on TheBlaze and continues to write books in his best-selling series of historical «Killing» books, including his upcoming release, «Killing England: The Brutal Struggle for American Independence.»
Sign up today for a 30 day free trial of unlimited digital access. 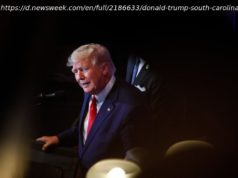 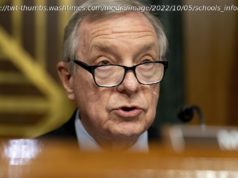 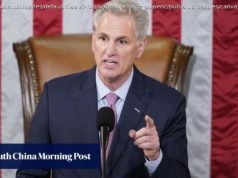