CD Projekt Red has finally pulled back the curtains on Cyberpunk 2077, the first-person role-playing game set in a dystopian future. The first gameplay video shows off combat and dialogue, as well as the modifications you can make to yourself in order to enhance your abilities.
We’ve been raving about Cyberpunk 2077 since we had a chance to play it during E3 2018, but until Monday, August 27, developer CD Projekt Red had not shown any gameplay to the general public. The studio made up for that in a big way, releasing a 48-minute walkthrough video that shows off Night City, customization options, and a healthy dose of combat.
Unlike in The Witcher series, Cyberpunk 2077 allows you to create your own custom character, and a female character was chosen for the purposes of the demonstration. Similar to BioWare’s Mass Effect games, you’re presented with a few different character-related questions before you begin, including a “key life event” your “childhood hero,” but there isn’t a set class system — you can change your style as you play.
The walkthrough sees player-character “V” and ally Jackie on a mission to retrieve a missing person in the crime-riddled Night City. Despite being a first-person game with shooting mechanics, there are a number of different ways to tackle most objectives, including hacking into computer systems or simply talking your way out of a conflict. In the walkthrough, we see V make use of all possibilities, and an on-the-fly dialogue system allows you to quickly choose what to say over the course of a conversation. In an early section of a mission, V holds a criminal’s head underwater before shooting him, thus preventing the gun from making too much noise.
Later on, after making her way through Night City’s sprawling open world and meeting up with a black market trader to procure a combat bot, V’s currency card delivers a virus to the local computer systems and all-out chaos breaks out. We see her make use of several firearms capable of ricocheting to hit enemies behind cover and even tracking them outright. For a little surprise, she can even equip cybernetic enhancements like mantis legs to climb on walls and deliver silent death to unsuspecting enemies. It’s just one of several ways you can customize your character to fit your own needs.
There was plenty of action on display in the full walkthrough video — which you can watch above — but those interested in a pacifistic play-style will be able to do that, as well. We’ll see if Cyberpunk 2077 can live up to its lofty expectations when it releases for PC, Xbox One, and PlayStation 4, but we don’t have a release date yet. 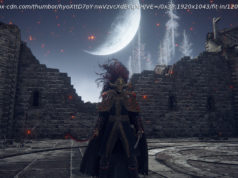 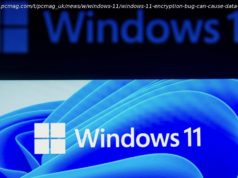 Windows 11 Encryption Bug Can Cause 'Data Damage' for Latest CPUs 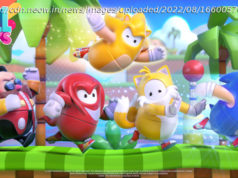 Fall Guys' next crossover event is with Sonic and friends