Like Trump before him, Biden is offering a politics of nostalgia. But nostalgia is a powerful force.
Joe Biden isn’t promising a political revolution. He’s not promising to drain the swamp, restructure the Senate, remake capitalism, or usher in socialism.
What Biden is promising is a return to normalcy.
The emotional core of Biden’s Philadelphia announcement speech came about 25 minutes in. Shirtsleeves rolled up, the former vice president leaned forward and dropped his voice to a conversational octave.
“The American people want their government to work, and I don’t think that’s too much for them to ask,” he said. “I know some people in DC say it can’t be done. but let me tell them something, and make sure they understand this. The country is sick of the division. They’re sick of the fighting. They’re sick of the childish behavior.”
“There isn’t a single person among you,” Biden continued, gaining speed, jabbing his finger into the podium, “or anywhere in this country, who could get away with that in their jobs. All they want is their president, their senators, their representatives, to do their jobs, just do your jobs!”
Biden’s speech is an intervention in a debate that will define the Democratic Party’s 2020 message. The lesson a lot of top Democrats took from Donald Trump’s success is that the American people want a fighter. A wrecking ball. A revolution. From that lesson emerged a strategy: Democrats would prove themselves the fighters Trump only pretended to be.
If that was ever the right strategy, Biden is betting it’s not now. Where most of the Democrats running for president used their announcement speeches to prove their bona fides as fighters, Biden used his to make the case that he’s the guy to end the fighting — and, more than that, that the American people are looking for a candidate who will promise them peace, not just victory.
“I know some of the smart folks say Democrats don’t want to hear about unity,” Biden said. “The angrier a candidate can be, the better chance they have to win the nomination. I don’t believe it. I really don’t. I believe Democrats want to unify this nation.”
It’s important to be clear on this point: Biden doesn’t have a plan to heal American politics. His answer to the divisiveness of the Trump years is to replace Trump in the White House. His answer to the divisiveness of the Obama years is no answer at all.
But electorally, the question is not whether Biden can tame Mitch McConnell through sheer force of personal bonhomie. The question is whether the American people — and Democratic primary voters — want a president willing to try. 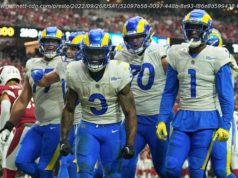 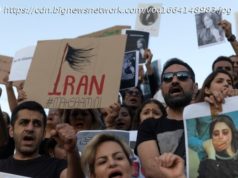 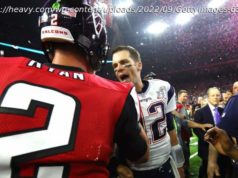