Allies of Asif Ali Zardari, the former president, say his arrest was politically motivated. His wife was Benazir Bhutto, the assassinated former prime minister.
ISLAMABAD, Pakistan — A former president of Pakistan was arrested by anti-corruption officials on Monday in a money-laundering case after a high court rejected his request for bail, moves that his supporters called politically motivated.
The former president, Asif Ali Zardari, the widower of Benazir Bhutto, the former prime minister who was assassinated in 2007, has been accused, along with his sister, of owning a company that received suspicious transactions through fake bank accounts.
He is currently a member of the national assembly, and of the opposition Pakistan People’s Party led by his son.
Members of Mr. Zardari’s party say Prime Minister Imran Khan, who won the general elections last year on an anti-corruption platform, is carrying out retribution against Mr. Zardari, and is going after leading opposition politicians to distract attention from his government’s dismal performance on the economy.
Government officials denied Monday that they had any role in the arrest of Mr. Zardari, saying it was an independent decision of the National Accountability Bureau, or N. A. B., an anti-corruption watchdog, after the court denied Mr. Zardari’s request for bail.
Mr. Khan’s government is grappling with a huge debt crisis and recently entered into a $6 billion bailout program with the International Monetary Fund. 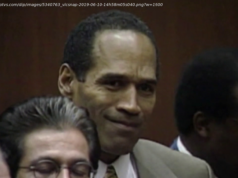