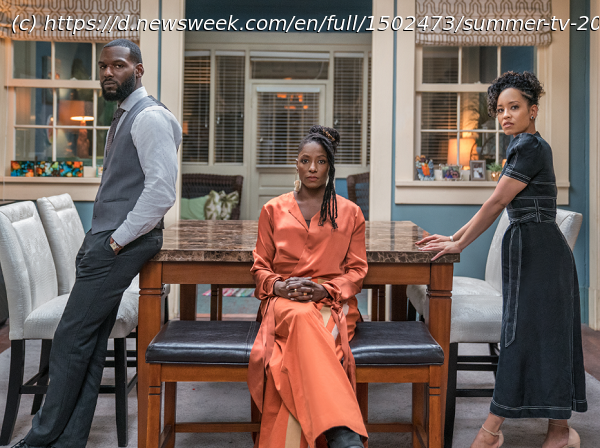 The primetime favorites are on hiatus for summer, but there’s plenty of entertaining TV shows debuting throughout the season.
Midseason television is officially over, but that doesn’t mean your couch cruising has to end. There are dozens of options—some brand-new series and off-season favorites—set to debut on networks throughout the summer. These include the return of OWN’s Queen Sugar, the premiere of MTV’s revival, The Hills: New Beginnings, and Beverly Hills 90210 on Fox. The Summer TV lineup has viewers covered across all genres from game shows to crime dramas and rom-coms too. Check out the full list of summer 2019 premieres below.
Monday, June 10
So You Think You Can Dance, Fox, 9 p.m. ET
Dateline, CBS, 10 p.m. ET
Wednesday, June 12
Press Your Luck, ABC, 8 p.m. ET
Card Sharks, ABC, 9 p.m. ET
First Responders Live, Fox, 9 p.

The Best and Worst of the Tony Awards 2019

’X-Men’ Fans Are Elated This Character Was In ’Dark Phoenix’