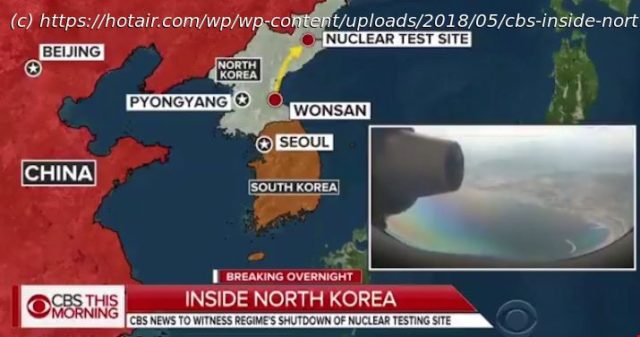 Just what we needed
As if there wasn’t already enough bat snack crazy stuff going on for you to worry about on a holiday weekend, amirite? It was only this weekend when we learned that things were getting back to whatever passes for “normal” on the Korean Peninsula with the reemergence of a very much alive dictator Kim Jong-un. (Well, either that or they built a very convincing, Westworld-style robot to replace him.) But just as that situation began calming down, we started getting reports of gunfire breaking out on the Korean border. Fortunately, it was limited to a single location and didn’t escalate beyond small-arms fire. (Associated Press)
South Korea says its troops have exchanged fire with North Korea along their tense land border.
The Joint Chiefs of Staff in Seoul says North Korean troops fired several bullets at a South Korean guard post inside the heavily fortified border between the countries on Sunday.
The military says in a statement South Korea fired two rounds in response after issuing a warning broadcast.
Barring some major, unanticipated escalation, this is probably one of those headlines that sounds a lot worse than the actual details of the story turn out to be. North Korean state media still hasn’t commented on the incident, but if the South Korean press is to be believed, this was more of a random event than anything ominous.