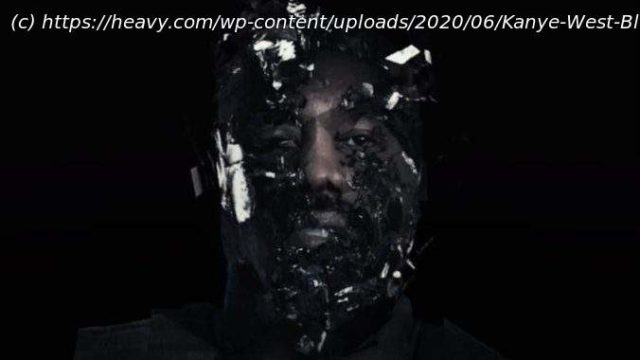 Kanye West is getting political in his latest music video for his new song ‘Wash Us in the Blood.’
Twitter
A still from the video for Kanye West’s new single, ‘Wash Us in the Blood.’
Kanye West is getting political with old-time religion in his latest music video for new song ‘Wash Us in the Blood.’
The ‘Jesus Is King’ rapper and singer premiered his new video for the single, directed by Arthur Jafa and mixed by Dr. Dre, featuring Travis Scott, on June 30. Kanye West – Wash Us In The Blood feat. Travis Scott (Official Video)Stream/Download “Wash Us In The Blood” ft. Travis Scott: https://kanyewest.lnk.to/WUITBhttps://shop.kanyewest.comhttps://www.kanyewest.com/https://twitter.com/kanyewest #WashUsInTheBlood2020-06-30T14:00:11Z
The influence of the current political climate in America following the death of George Floyd in police custody is evident throughout the nearly four-minute clip.
Here’s what you need to know.
KANYE WESTARTHUR JAFAPROJECT 02WASH US IN THE BLOODFROM THE FORTHCOMING ALBUM GOD’S COUNTRY
TODAY
STILL #WESTDAYEVERpic.twitter.com/QgjqDQjQdS
ye (@kanyewest) June 29,2020
Kanye West’s creative muse has clearly been sparked by the current protests in the U. S. and divisions along racial and political lines.
The video for ‘Wash Us in the Blood’ opens at an unidentified protest. A white police officer squares off with a Black man before the camera cuts to a Black officer walking towards a squad car.
Other images in the video show Black people covered in blood wearing masks and oxygen masks as they seemingly struggle for air.
A voice can be heard chanting ‘give us the blood,’ while Kanye speaks ‘genocide, what it does/ slavery, what it does/ I grew up in the mud’ over the footage.
The lyrics to the song, as listed on Rap Genius, read in part, “Rain down on a pain/ Rain down on the slain/ Rain down for my mom/ Rain down on the farm/ Shower us with your love/ Wash us in the blood. 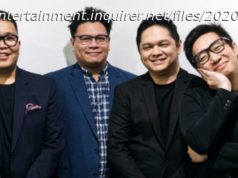 The Itchyworms to drop quarantine album in online event on Aug.17 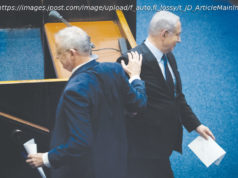 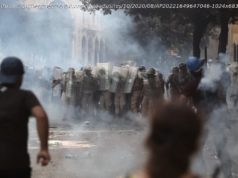 Ministry buildings are overrun as thousands of protesters rock Beirut