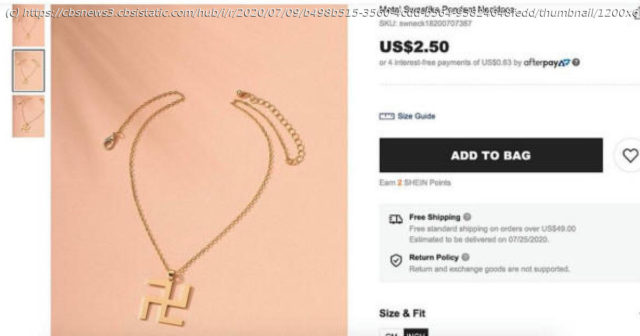 The company said the necklaces were meant to symbolize «spirituality and good fortune.»
Fast-fashion retailer Shein is once again facing backlash for one of its product listings. The site pulled an item labeled «swastika pendant necklace» from its website Thursday after being slammed on social media for promoting anti-Semitism with the notorious Nazi symbol.
Earlier on Thursday, @hereforthetea2, an Instagram page that highlights drama in online communities, shared a post featuring the necklace, which shows the «swastika» label and a clear image of the necklace on Shein’s website. Some screenshots of the listing indicate it was sold for $2.50, while others showed it listed for $4.
Popular influencer Nabela Noor also wrote on Instagram that she was «so disgusted by @sheinofficial’s sheer ignorance and blatant disrespect towards other cultures and religions.»
«I am contacting the Head of Brand today and bringing this to his attention,» she said.
Outrage quickly spread across Twitter and Instagram, with thousands of users expressing disgust with the company. While some argued that the symbol stems from religions such as Buddhism and Hinduism, the majority of commenters disapproved and pointed out that it is now largely associated with the Nazis, who adopted the ancient icon in the 1930s as an emblem of their fascist regime. 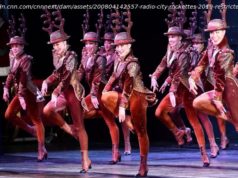 The Rockettes' 2020 Christmas Spectacular is canceled over Covid-19 concerns 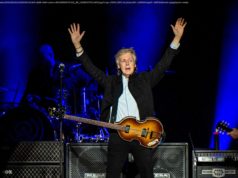 Paul McCartney 'almost blamed myself' for Beatles breakup, says he sued band to save its music 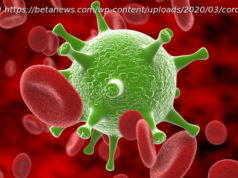 Explosion in Beirut: Was ist Ammoniumnitrat?