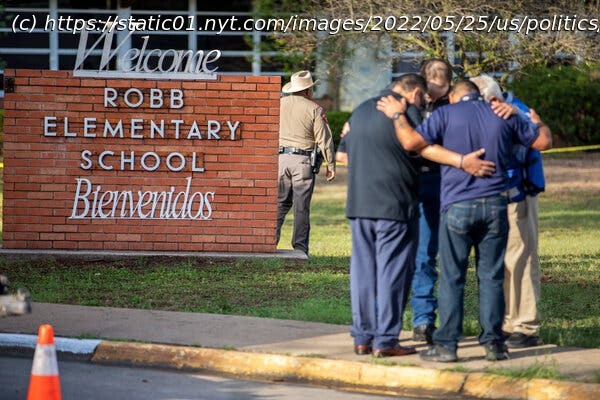 After the deadliest school shooting in a decade, the top Senate Democrat said he would wait to force a vote on gun safety measures the G.O.P. has opposed.
Just shy of a decade after the Senate’s failure to respond to the massacre at Sandy Hook Elementary School, Democrats are again trying to transform outrage over the gun deaths of children into action by Congress to curb gun violence in America. But with the Republican position more intractable than ever, calls for negotiations to find some response to the recent horrors in Uvalde, Texas, and Buffalo, N.Y., left few lawmakers with much hope that Congress would produce anything meaningful.
“Please, please, please, damn it, put yourselves in the shoes of these parents for once,” Senator Chuck Schumer of New York, the majority leader, pleaded with his Republican colleagues, as he made the case for at least expanding background checks on gun purchasers. Polls show that the proposal has support from as many as 90 percent of Americans, including many G.O.P. voters, but Republicans have effectively blocked action on it for the better part of a decade. Their stance reflects the potency of the issue of gun rights for the Republican base voters, whose zeal for the 2nd Amendment means that any G.O.P. lawmaker who embraces even the most modest form of gun control runs the risk of a primary challenge that could cost him his job. Still, after Mr. Schumer initially cleared the way for a quick vote to put Republicans on the spot on background checks, he pulled back on Wednesday and said there was no point in doing so, given that their opposition was already “crystal clear.” Instead, he said he would try to find a consensus proposal that could draw in enough Republicans to break the inevitable filibuster.
“The plan is to work hard at a compromise for the next 10 days,” Senator Chris Murphy of Connecticut, who has led the Democratic charge for gun safety legislation since Sandy Hook, said on Twitter on Tuesday. “Hopefully we succeed and the Senate can vote on a bipartisan bill that saves lives. But if we can’t find common ground, then we are going to take a vote on gun violence. The Senate will not ignore this crisis.”
There was little sign that a consensus was in the offing. Republicans proposed the now-familiar litany of alternative responses — tighter “red flag” laws to make it easier for law enforcement to confiscate weapons from the mentally ill, more aggressive mental health interventions, and more armed guards at schools — many of which Democrats regard as woefully inadequate. And Democrats questioned whether they could find any common ground with Republicans on more substantial gun violence measures, after previous proposals ultimately went nowhere.
“We’ve been burned so many times before” when it came to negotiating a bipartisan compromise, Mr. Schumer said. The echoes between the Newtown, Conn., mass shooting at Sandy Hook in December 2012, which left 20 children and six adults dead, and the Uvalde, Texas, violence, which killed at least 19 children and two teachers, are painful. In both cases, a loner from the community attacked an elementary school, overpowering children and adults with an arsenal. After Newtown, then-Vice President Joseph R. Biden Jr. was charged with persuading a bipartisan coalition of at least 60 senators to act, and break a threatened filibuster by Republicans. 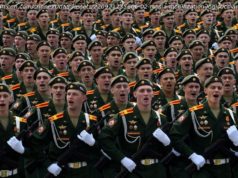 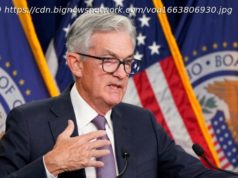 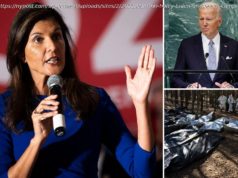