Serena Williams opened with a win in straight sets, Karolina Pliskova breezed through her first match, and Johanna Konta also advanced with a win in women’s play at the Australian Open.
Williams, the 2015 champion and runner-up last year, downed Belinda Bencic of Switzerland 6-4, 6-3 on Tuesday at Rod Laver Arena in Melbourne, Australia. Williams led 5-0 in the second set but lost the next three games before finishing off the match.
“She’s such a great player. She was just recently in the top 10, so she’s been playing great,” Williams said. “I knew it would be one of the toughest first-round matches I’ve played, so I knew I had to come out strong. ”
The tournament’s second seed, Williams is bidding for her 23rd Grand Slam title, which would break the record for the Open Era, held by Steffi Graf.
“Right now, I have nothing to lose,” Williams said. “Every match, every point, I’m playing for fun. I get to travel the world and play in these great areas, so it’s self-motivating. ”
Next up for Williams is a match against Lucie Safarova, a Czech player who pushed Williams to three sets in the 2015 French Open final.
Pliskova, a U. S. Open finalist in September, routed Spain’s Sara Sorribes Tormo 6-2, 6-0 at Rod Laver Arena. The fifth-seeded Pliskova, from the Czech Republic, prepped for the first major of the year by winning the Brisbane International.
Konta’s first match was a bit tougher, but she posted a 7-5, 6-2 victory over Belgium’s Kirsten Flipkens at Margaret Court Arena. Konta is coming off a title in the Sydney International last week.
Pliskova has never made it past the third round in this event, falling to Russia’s Ekaterina Makarova the past two years. However, she was on her game in the opening match Tuesday, registering six aces, 26 winners and 84 percent first-serve accuracy.
“I feel good on the court, especially when I win my first title in the first week of the year,” Pliskova said. “So I’m ready for the tournament. ”
The ninth-seeded Konta, a Briton who was an Australian Open semifinalist last year, struggled in the first set before gaining control in the second set.
“She has the kind of game that can make any player feel uncomfortable out there,” Konta said of Flipkens. “I’m just enjoying playing and getting better each day. ”
In earlier women’s matches, No. 21 Caroline Garcia of France beat Kateryna Bondarenko of Ukraine 7-6 (4), 6-4, and No. 30 Makarova was pushed to three sets before defeating fellow Russian Ekaterina Alexandrova 6-0, 4-6, 6-1. American Nicole Gibbs upset No. 25 Timea Babos of Hungary 7-6 (3), 6-4.
Great Britain’s Heather Watson knocked out 18th-seeded Samantha Stosur of Australia 6-3, 3-6, 6-0.
Other women’s winners Tuesday included No. 6 Dominika Cibulkova of Slovakia, No. 14 Elena Vesnina of Russia, No. 28 Alize Cornet of France and No. 31 Yulia Putintseva of Kazakhstan. 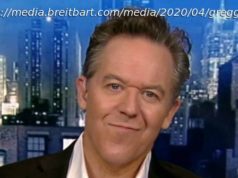 FNC’s Gutfeld: Trump Gets More Popular the More He Is Targeted 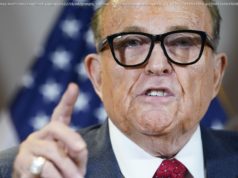 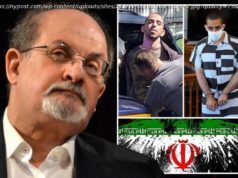