TAMPA — It was late April, and Clemson football coach Dabo Swinney still was searching his brain for a team theme for the 2016 season.
Little did he know the very words he was looking for were waiting for him at Wrigley Field.
In the manager’s office.
In this all-things-Cubs world, it somehow only makes sense that Joe Maddon would have a hand in Clemson’s effort to win a national championship.
Clemson coach Dabo Swinney in Cubs manager Joe Maddon’s Wrigley Field office in April. (Photo courtesy of Kathleen Swinney)
One of the reasons the Tigers were able to reach Monday’s title game — against Alabama, for the second year in a row — is they “embraced the target” from the first day of training camp. Also, and this was a real key, they “tried not to suck.”
Gee, where have we heard those phrases before?
Swinney spent only about half an hour an hour in the Cubs’ sparkling new clubhouse, yet he managed to rob Maddon blind.
“I got a chance to kind of see the culture in there,” he recalled here Saturday, “and I was like, ‘Man, this is really cool. These guys are loose. They know they’ve got a good team.’ ”
The 47-year-old Swinney is no seamhead. He was in Chicago with assistant coaches Brent Venables and Marion Hobby for the NFL Draft, and one of them got the idea to check out Wrigley and the surging Cubs, who were off to a 15-5 start. So Swinney called his agent, Mike Brown, and asked if he knew anyone who could hook them up with tickets.
“He goes, ‘Well, I know Joe Maddon.’ And I go, ‘Who’s Joe Maddon?’ He went, ‘He’s the manager.’ I go, ‘That’s a pretty good guy to know.’ ”
Swinney and his party were invited into the clubhouse during a rain delay of a game against the Brewers that eventually was postponed. As first impressions go, this one was pretty big.
“I walk in there,” Swinney said, “and they’ve got a drum set, they’ve got a disco ball hanging. I’m like, ‘What the heck is this?’ And they’re like, ‘This is the celebration room. Joe likes to celebrate.’ And I thought, I like this guy.”
Jon Lester, an avid football fan whose wife attended Clemson, instantly recognized him. John Lackey and others welcomed him warmly and talked college football.
Maddon — a football nut — was eager to meet him, too. When Swinney walked into the manager’s office, he found a white-haired man in thick-framed glasses and a ridiculous pink “Try Not to Suck” T-shirt smiling back at him.
“We talked for a minute and he’s like, ‘Hey, man, I watched you guys last year,’ and we kind of had an instant connection,” Swinney said. “It was really neat. I told him, because I had met his players and been around them, ‘You guys have a great culture. I’m telling you, you’ve got a winning culture here. You’ve got just a good feel in this building. You can smell it.”
Nearly nine months later, Swinney and Maddon remain friendly. Texts were exchanged during the Cubs’ run to the World Series crown, and Swinney has heard from sports’ sloganizer-in-chief as Clemson has neared its first national title since 1981.
“They knew they had the best team, and I think they embraced that,” Swinney said. “Don’t run from that. It resonated with me.”
On the first day of camp, the fiery Swinney gathered his players and treated them to something along the lines of a Maddon-meets-Knute Rockne performance. He told them not to suck. He told them the target on their collective backs was a good thing.
“Let’s focus on being the best we can be,” he said. “Let’s be committed to that, and let’s embrace that. Let’s run right to it.”
It might just be crazy enough to work.
Email: sgreenberg@suntimes.com 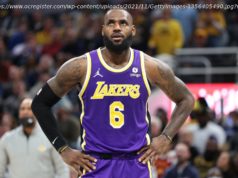 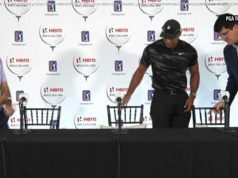 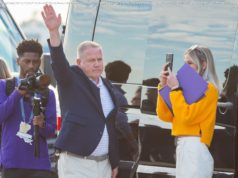