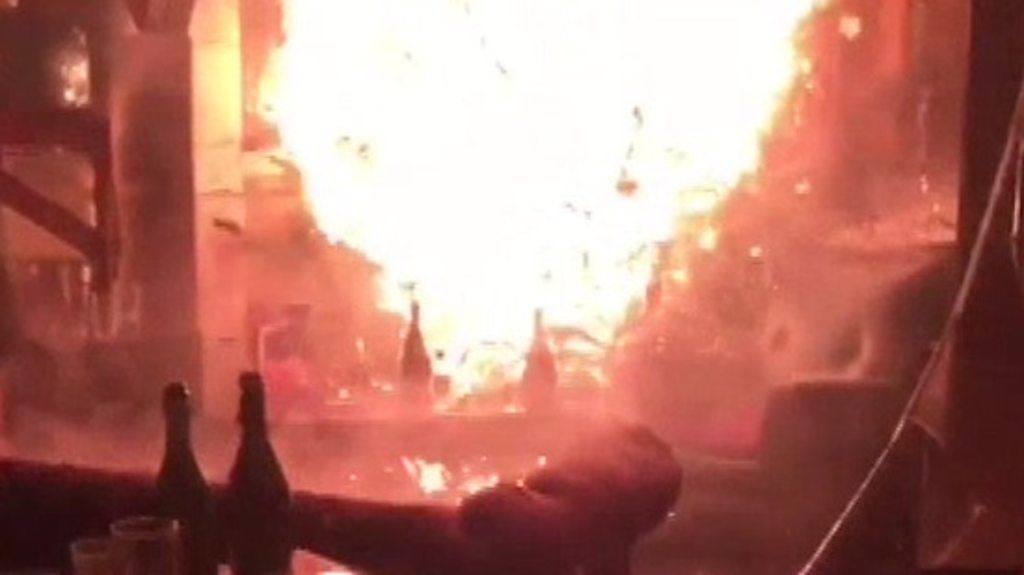 Footage of a blaze ripping through the interior of a pub during new year celebrations has been captured by a witness.
People had to flee from the Aeronaut in Acton, west London, before it was gutted by a fire that started just 30 minutes into 2017.
London Fire Brigade said it rescued six people from a first-floor flat above the pub.