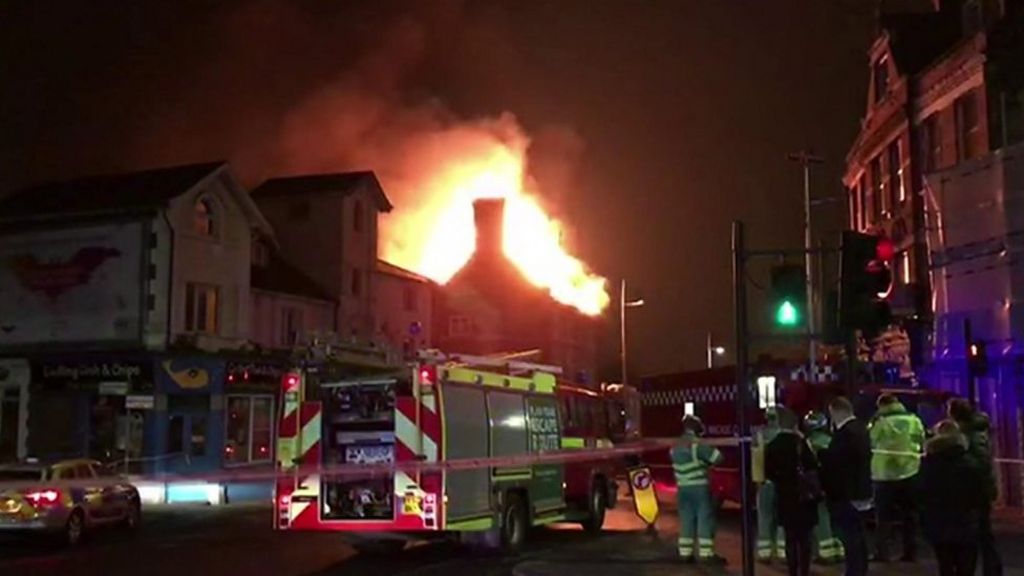 New Year revellers had to flee from a pub before it was gutted by a fire that started just 30 minutes into 2017.
Partygoers had to be evacuated from the Aeronaut in Acton, west London, when the fire broke out.
London Fire Brigade said it rescued six people from a first-floor flat above the pub.