California’s capital has emerged as a leading destination for Afghan refugees who were awarded special visas because of their service to coalition forces in the war. But life in the United States for them has proven a constant struggle.
These former translators, engineers and doctors awarded Special Immigrant Visas must start over in bug-infested, low-rent apartments with minimum-wage jobs while dealing with PTSD and other health problems, the Sacramento Bee reported (http://bit.ly/2hBy7yv).
More than 2,000 such visa holders and their family members have settled in Sacramento since October 2010, and many of them say they are struggling with anxiety and depression that have developed or been greatly exacerbated by their struggles in the United States. They say they feel helpless and abandoned, lacking decent jobs, housing or an understanding of U. S. culture.
One of them is Faisal Razmal, a former interpreter for U. S. soldiers battling the Taliban in Afghanistan who was shot in the face in front of his Sacramento apartment in August 2015 by an assailant wielding a flare gun. A neighborhood teenager and alleged member of a gang has been charged and is awaiting trial.
Razmal, 28, who lost the sight in one eye after the attack, said he feels like he also lost a piece of his soul.
“I feel like I’m drowning here,” said Razmal, a father of two and whose wife is expecting. “I’m not mentally fixed. ”
Before he was shot, Razmal worked as a security guard at a shopping center. Since then, he has tried working as a taxi driver, gas station attendant, security guard and dishwasher. But his limited vision and PTSD have compromised his ability to keep a job, said licensed clinical social worker Jason Swain, who has counseled Razmal 18 times since the assault.
Razmal’s fate and his ability to support his family remain uncertain. The state Department of Rehabilitation said a decision on his application for disability payments may take a year, Swain said.
Razmal, who survived roadside bombs and firefights during the war, said he was never evaluated for PTSD in Afghanistan or the United States.
Razmal’s therapist, Homeyra Ghaffari, said she thinks he was already afflicted with PTSD from his experiences in Afghanistan, and he was “re-traumatized” by his shooting here.
“People hear about America and think it is a dreamland and everything is law and order and they are going to be absolutely safe, and when they enter they are in shock as they try to find their way around,” said Ghaffari, an Iranian marriage and family therapist in Sacramento who speaks the same Dari language as the Afghan refugees. She now counsels about 30 Afghans seeking help with mental health and domestic violence issues.
“They feel isolated, don’t have any clear direction,” she said. “Their dream shatters right away. “ 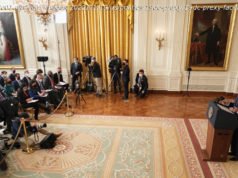 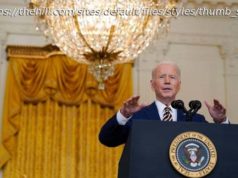 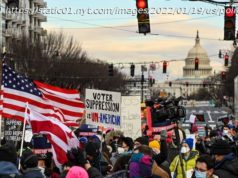