Is Prime Minister Benjamin Netanyahu about to be interrogated under caution as part of a full criminal investigation, or is the latest wave of reports on Channel 2 and Channel 10 and in Haaretz just another of many with the issue still undecided?
All of this is connected to what appears to be a concerted campaign by the police to pressure Attorney- General Avichai Mandelblit to interrogate Netanyahu and move things to the next stage.
Be the first to know – Join our Facebook page.
Some of the investigations of the prime minister, such as Bibi Tours – a probe about whether he violated any laws when various wealthy supporters paid for expensive flights and stays in expensive villas and hotels – date back to Mandelblit’s predecessor.
The probes have swallowed up some of the prime minister’s former top advisers, with the police trying to turn them into state’s witnesses.
Some date back to July, when Mandelblit announced a preliminary review of what appears to be a money-laundering case.
According to a report on Friday on Channel 2, Mandelblit met with Netanyahu on December 12 to tell him he was ordering the police to open a full criminal investigation.
The report added that the prime minister asked for a 48-hour delay, and that subsequently Mandelblit decided to delay the probe because of new evidence that came to light.
Multiple Hebrew media reports on Saturday indicated that the latest plan is to interrogate Netanyahu soon, possibly later this week.
There has been a steady stream of apparent leaks from police sources to Channel 2, Channel 10 and Haaretz to create a drumbeat toward opening a criminal investigation.
Hebrew media reports on Saturday indicated that World Jewish Congress president and long-time Netanyahu ally Ronald Lauder has provided evidence against the prime minister.
The question after all of these reports remains: If there was a decision on December 12, but there is still no announced criminal investigation by Mandelblit, then has the decision’s announcement just been delayed or is the issue still in play? Netanyahu issued various responses over the weekend denying everything and essentially accusing his accusers of trying to implicate him with the police, since they could not beat him at the ballot box.
From the often vague and disjointed reports, it appears that Mandelblit will soon order a criminal investigation of Netanyahu relating to one of the newer cases, but that he is delaying the announcement in order to make a comprehensive announcement on all cases, when the majority of them are closed.
There are even reports that, in an unprecedented move, he will delay his announcement until after Netanyahu has been questioned by police.
It appears that Mandelblit, who was Netanyahu’s cabinet secretary and got his current job with the prime minister’s support, knows that there is no way to avoid a criminal investigation in one or two of the cases, but is still trying to do Netanyahu a favor by putting the emphasis on closing several other cases and underplaying the allegations.
This would be similar to how his predecessor handled the possible indictment of Avigdor Liberman, announcing one smaller indictment with a decision about dismissing most allegations.
Is Netanyahu really in trouble, if there is a criminal investigation? That is far from sure, as the news reports have almost no details about the new cases other than that they involve some wealthy individuals: one foreigner and one Israeli.
Going back to Liberman, police had been sure that he would be indicted in the case that was criminally investigated and closed. They had several incriminating witnesses for a big money-laundering case, but police think in terms of finding evidence, not winning a trial, as do prosecutors.
When it came to trying to indict Liberman, prosecutors found that incriminating witnesses either had died, had “amnesia” or actively changed their stories to help Liberman.
The absence of mention of a state’s witness in reports and potential reliance of a case on wealthy individuals like Netanyahu ally Lauder, or months ago French billionaire Arnaud Mimran, shows police may have similar problems with witnesses in any trial.
After all of that, the picture is still pretty vague, but bets would be on an impending criminal investigation, several closed cases and probably no indictments in the end.
Relevant to your professional network? Please share on Linkedin
Think others should know about this? Please share
| | 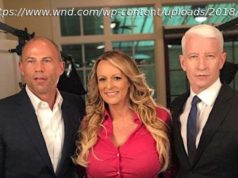 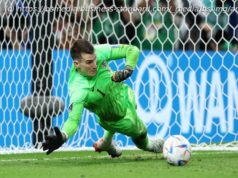 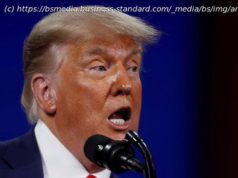