Follow @andyshawbga
It’s nice to end a year on a high note, and the Better Government Association ’s settlement of a private email dispute with the Emanuel administration certainly qualifies.
The agreement negotiated by BGA attorney and open records expert Matt Topic required City Hall to release thousands of emails from the mayor’s personal account and established a new policy that prohibits all city employees from using their personal email addresses to discuss government business.
Follow @csteditorials
It’s a significant victory in the fight to make City Hall more transparent, but that battle is continuing, and we’ll have new skirmishes on new fronts as we press more public officials to comply with Illinois’ open records laws instead of trying to circumvent them.
We can’t let them hide conversations that affect our lives and our tax dollars in personal email accounts that are often inaccessible.
Settlement of our City Hall lawsuit changes the rules in Chicago, and it can also serve as a template for transparency efforts around the country.
We find comparable bans on the use of personal email for government business in only wo cities — Austin, Texas and Washington D. C. — and just a few states, including Illinois, have broad enough “public records” definitions to include some personal accounts.
This prohibition should apply to government offices in every city and state, and that may require journalists and watchdogs to do what the BGA did: Submit open records requests, file lawsuits when they’re stonewalled, and settle cases if they can obtain the personal emails they’re asking for and change public policy.
Our friends at the Chicago Tribune filed a lawsuit similar to ours requesting a smaller set of the mayor’s personal emails , and his text messages, and their case is continuing.
We wish them well, and our settlement does nothing to diminish their effort.
But our fight accomplished the primary goals of every BGA open records lawsuit: Get the information we’re seeking, reform misguided policies, and avoid protracted litigation at taxpayer expense.
Critics of our settlement say we shouldn’t have agreed to anything less than a court review of emails, instead of accepting a pledge from the mayor’s lawyers to provide every email related to public business that we’re entitled to under Illinois’ open records law.
But we decided that if the mayor wanted to hide explosive emails he probably wouldn’t have initiated settlement discussions in the first place, or put his attorneys’ law licenses at risk by playing games in a binding legal document.
Still, if it turns out he was trying to scam us, trust me — we’ll be back in court.
And if you’re wondering about the lack of emails on incendiary issues like the Laquan McDonald shooting, consider that:
+ Our case isn’t over — a number of City Hall emails were redacted or withheld on exemption claims, and we’re challenging some of them. If the city doesn’t adequately address our concerns, I repeat: We’ll be back in court.
+ The mayor’s personal accounts were set up to automatically delete emails after 90 days, which eradicated years of conversations.
We probably can’t recover those deletions, but we can ask if the use of auto-delete features by Emanuel and other public officials violates state record retention laws.
From our initial investigation, it appears those emails should have been retained for at least a year, not 90 days.
So yes — we have more transparency at City Hall today than yesterday, and that’s good. But there’s lot of watchdog work ahead of us.
And we’re on it.
Send letters to: letters@suntimes.com
Tweets by @andyshawbga 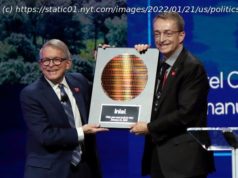 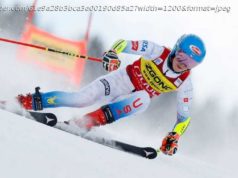 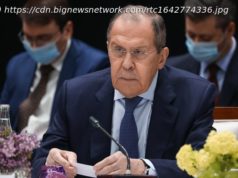