Revelers around the world have been welcoming 2017 with crackling fireworks displays and loud cheering, saying goodbye to a year filled with political surprises, prolonged conflicts and the deaths of several beloved performers.
The people of Sydney were treated to a glittering display over their famed harbor and bridge that honored the singer David Bowie and actor Gene Wilder, who both passed away in 2016.
The tone was more somber elsewhere, though, including Berlin, where some expressed worry about the political mood in Germany. It was also relatively quiet in China’s two largest cities, Beijing and Shanghai.
In New York City, meanwhile, people packed into Times Square hours before midnight to secure coveted spots to watch the annual ball drop. 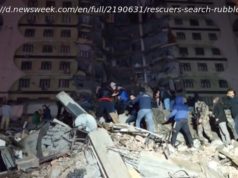 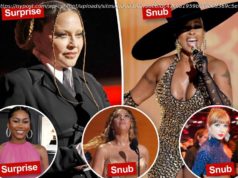 Grammy 2023 snubs and surprises, from Beyoncé to Taylor Swift