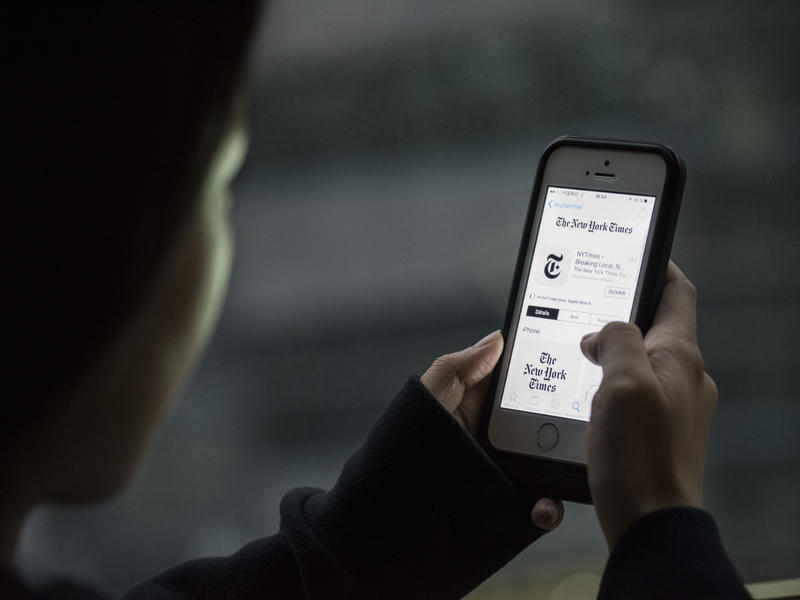 Citing local regulations, Apple has removed The New York Times news app from its app store in China. The incident is the latest in the long history of media restrictions in the country, but also in the ongoing pattern of tech companies getting involved in the efforts.
The New York Times reports that Apple removed both its English-language and Chinese-language apps from the app store in China on Dec. 23, though other prominent publications such as The Wall Street Journal and The Financial Times as well as the Times’ crossword puzzle and virtual-reality apps remain available.
Along with other websites, the Times has faced restrictions for years. The site has been subject of blocks since 2012 , when the newspaper reported on the wealth amassed by the family of the then-prime minister.
Apple did not explain Thursday what distinguished the Times from other outlets. Spokesman Fred Sainz shared a statement:
“For some time now the New York Times app has not been permitted to display content to most users in China and we have been informed that the app is in violation of local regulations. As a result, the app must be taken down off the China App Store. When this situation changes, the App Store will once again offer the New York Times app for download in China. ”
Sainz did not elaborate on what legal standard was applied to warrant the removal of the news apps, but the Times suggested it was under 2016 regulations issued for mobile apps:
“The regulations say apps cannot ‘engage in activities prohibited by laws and regulations such as endangering national security, disrupting social order and violating the legitimate rights and interests of others.