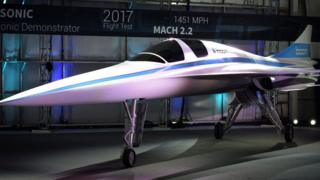 It has been a tough few years for the aviation industry and 2016 proved no different.
Carriers had to navigate the collapse in oil prices, multiple plane tragedies including EgyptAir in May, the Chapecoense crash in Colombia as well as fire-prone Samsung phones .
However, it is worth noting that last year was actually one of the safest in modern aviation history.
So what does 2017 hold in store? Here are some trends to watch out for.
Remember Concorde? It’s been more than a decade since the plane was retired from service.
But British billionaire Sir Richard Branson is looking to usher in the age of the supersonic flight once again; and make it affordable to the masses.
His company Virgin Galactic is working with US start-up Boom to develop the XB-1, which is being plugged as the world’s fastest civil aircraft ever made.
Boeing and Lockheed Martin are also developing supersonic passenger jets, but Sir Richard is hoping to beat them to the punch.
The prototype, nicknamed “Baby Boom,” will see its first test flight take place later this year though the first commercial flight of its scaled-up successor is not expected until 2023.
It has a cruising speed 10% faster than the Concorde (which flew at more than twice the speed of sound) and is nearly three times faster than a regular plane.
Boom’s airliner is designed to carry 40 passengers at a time and fly between London and New York in just three hours and 15 minutes.
The price for a flight? A mere £2,500 each way.
Oil prices are creeping back upward but airlines are set to remain profitable in 2017.
The International Air Transport Association (IATA) forecasts the global airline industry will make $29.8bn (£24bn) in 2017, its third straight year of profit. Last year the sector logged a record $35.6bn.
“These three years are the best performance in the industry’s history, irrespective of the many uncertainties we face,” says IATA director general Alexandre de Juniac.
“After many years of hard work in restructuring and re-engineering the business the industry is also more resilient”.
But the profits won’t be evenly spread; the strongest performance is expected to be come from North America, which has seen a wave of airline consolidation in recent years.
Forget about comparing plane sizes, this year will be focused on route lengths and who can claim the title of world’s longest flight operator.
Emirates currently holds the crown with the 14,200km (8,820 miles) journey between Dubai and Auckland. That flight takes 16 hours and 5 minutes eastbound and 17h 25m westbound.
Its rival Qatar Airways will overtake that in February, when it also launches a non-stop flight from Doha to New Zealand’s largest city, covering 14,542km.
Air France plans to launch a new budget carrier in late 2017 serving cities in Asia, followed by routes to the US. It already operates the Hop and Transavia budget brands in Asia.
Within Europe, Ryanair and Easyjet dominate much of the market, leading many companies to look at the transatlantic route for more profits.
Iceland’s Wow Air will also be expanding its budget routes to the United States in June 2017. It plans to add four weekly flights via Reykjavik.
There used to be first class, business class and economy, but for those of us constantly relegated to cattle class there is now an extra twist – premium economy.
You’re still towards the back of the plane, but you get extra legroom, service and amenities.
Later this year, for example, on long-haul international flights on its new Airbus A350s, Delta Air Lines launches what it calls its “Delta Premium Select” option.
You get “up to 38in of pitch, up to 19in of width and up to 7in of recline”, a branded blanket with pillow and an amenity kit, it promises.
The catch? The more expensive tickets are around three times the price of the standard economy fare.
In the post-war air travel boom, the centre aisle was marketed as a runway for glamorous stewardesses.
Some carriers are now looking to recapture some of that chic with newly-revamped wardrobes.
Hawaiian Airlines is changing its employees’ outfits for the first time since 2008, while Delta has worked with New York designer Zac Posen to update its uniforms.
It says its 60,000 employees will now be draped in a “wholly re-imagined” mix of colours dubbed “Passport Plum, Cruising Cardinal and Groundspeed Graphite”.
Which sounds more glamorous than just calling them purple, red or grey.
Follow Leisha on Twitter: @BBCLeishaChi 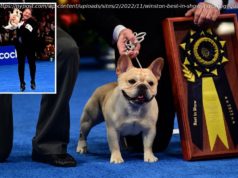 Winston the French bulldog wins Best in Show in Philadelphia 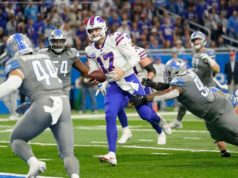 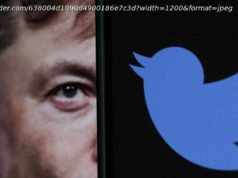