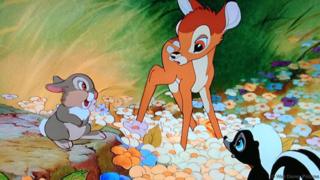 Tyrus Wong, the artist whose works inspired the Disney film Bambi, has died aged 106.
A Chinese immigrant, Mr Wong’s vibrant paintings captured Walt Disney’s eye and became the basis of the film’s distinct style.
In a statement, the Walt Disney Family Museum said “his influence on the artistic composition of the animated feature Bambi cannot be overstated. ”
He died at home surrounded by his family.
Mr Wong emigrated to the United States from China as a child, with his father – leaving behind his mother and a sister he would never see again.
After studying as an artist, he began working with Disney in 1938 as an “inbetweener”, drawing hundreds of pictures between poses to create the illusion of motion.
When the film studio began pre-production on Bambi, “he went home and painted several pictures of a deer in a forest”, the Disney museum said.
“Walt Disney saw that Tyrus was able to produce exquisite artwork that did not necessarily look like the forest – but rather, felt like the forest. Walt’s vision for Bambi and use of Tyrus’ work still influences films today,” it said.
Tyrus Wong only worked at Disney for three years, moving to Warner Brothers a concept artist, designing greeting cards for Hallmark on the side.
After retiring, he turned to creating hundreds of elaborate bamboo kites, received many awards in recognition of his work, and became the subject of a documentary about his life.
Writing about his death, the documentary’s director said “with his passing, we have lost a brilliant artist, motion picture and animation legend, Chinese American pioneer, and hero.
“Tyrus always faced adversity with dignity, courage, and art… he awed us with his talent, charmed us with his boyish humour, and moved us with his humility, generosity, resilience, and big heart. “ 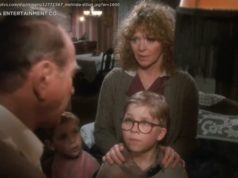 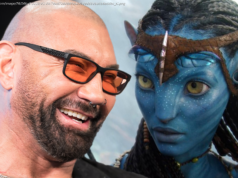 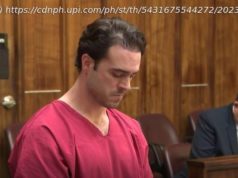