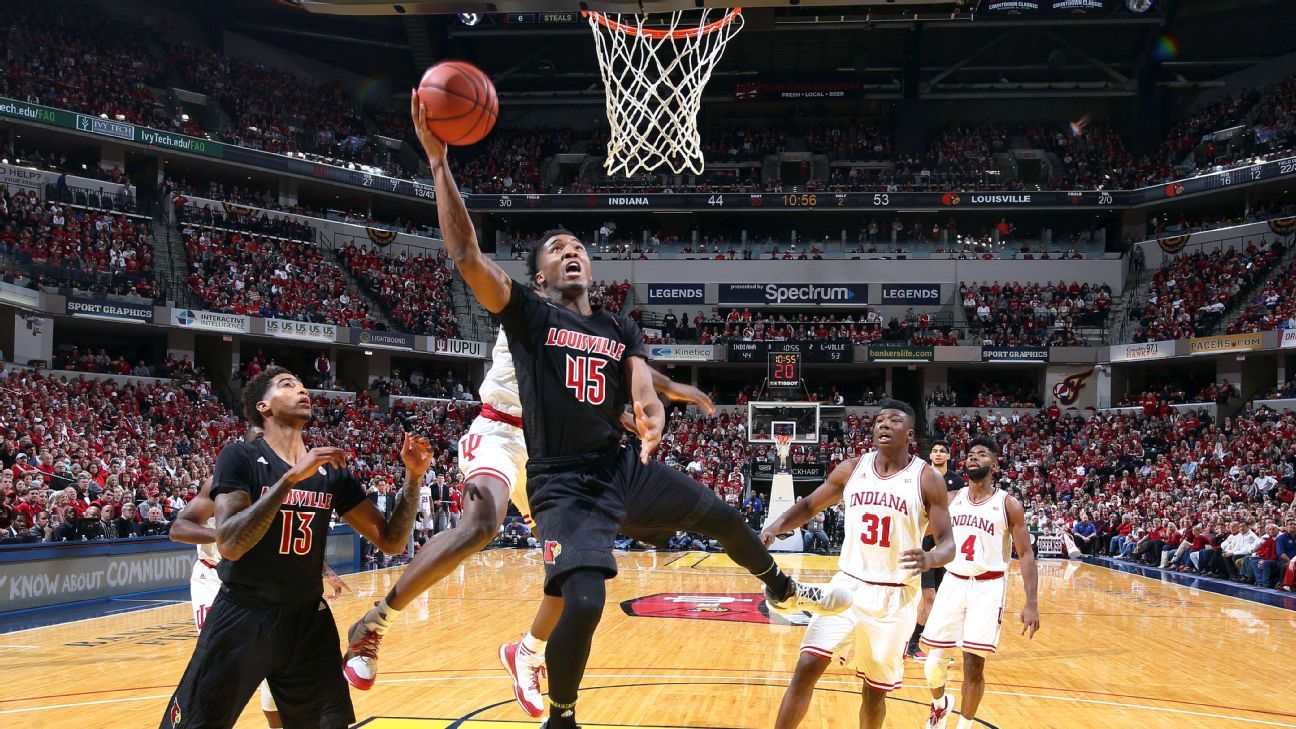 INDIANAPOLIS — Donovan Mitchell usually gets a text from his sister, Jordan, before every game.
Saturday’s text before Louisville faced Indiana was different from the others. It filled his smartphone screen. And kept going, requiring Mitchell to scroll through what he described as “like a five-page essay. ”
The gist of the message went something like this:
“I don’t know where my brother is. He’s not there on the court. Go out there and kick butt. ”
Mitchell hadn’t recognized himself on the court lately, either. Louisville’s sophomore guard had been mired in a shooting and scoring slump, going just 16-for-54 from the floor in his previous five games. He was hesitant and unsure, passing up open jump shots for contested drives.
Those problems weren’t just limited to the games.
“If you saw me in practice, it was pretty bad,” Mitchell said. “Certain plays I was making, I looked like I was in middle school. ”
The situation had gotten so bad that coach Rick Pitino kept his most explosive player out of the starting lineup for the first time all season. When Mitchell finally returned to the court, he was a different person.
His best self.
Mitchell scored a career-high 25 points as the No. 6 Cardinals beat the No. 16 Hoosiers 77-62 at Bankers Life Fieldhouse. He did it in an assortment of ways, finishing with four layups, a career-high four 3-pointers and six free throw attempts. He was so red-hot that Indiana at one point went to a box-and-one defense to try and stop him.
His sister’s text inspired him to play with more confidence. So did the message from the coach who benched him.
“I told him, ‘I need a star, someone who wants to play like a star,'” Pitino said. “I want him to have no fear of missing. If he’s 0-for-7, I want him to go 0-for-10. ”
Mitchell had a moment early on where he reverted to his earlier struggles. He passed up an open jumper, tried to penetrate and got blocked by Hoosiers center Thomas Bryant. Pitino immediately yelled, “What are you doing? ”
But that was a rare occurrence. Every time Indiana tried to make a run, Mitchell held the Hoosiers off, including an eight-point outburst after Louisville’s lead was cut to 50-44. Late in the game, Mitchell grabbed an offensive rebound, passed to a teammate and then smiled and clapped his hands. He even gave a backhanded low-five to a young fan on the sideline as play continued.
It was, you might say, a star move.
Louisville, which has the nation’s best defense, according to Ken Pomeroy’s rankings, showed again how its length and discipline can smother opponents. Indiana bricked its way to 32 percent from the field and 4-for-21 on 3-pointers. The Hoosiers came into the day ranked No. 8 nationally in field goal percentage.
“I don’t see us shooting that way very often,” Indiana coach Tom Crean said. “Like, hardly ever. ”
Shooting — and the lack of a true go-to guy on offense — has been the chief concern for the Cardinals this season. That’s why Mitchell’s big day could have big ramifications.
“When he’s aggressive,” teammate Deng Adel said, “we’re good as a team. And we’re going to need that all season. ”
Coming off Louisville’s 61-53 home loss to Virginia on Wednesday, Pitino made more savvy adjustments to his lineup than just removing Mitchell. Anas Mahmoud got his first start of the season and responded with one of his best games. The 7-foot Egyptian junior had 10 points, three blocks and two steals in a career-high 34 minutes. He helped protect the rim and bothered Bryant, who was held to just two two-point field goals. Pitino’s staff also credited Mahmoud with 10 of the team’s 40 deflections.
Forward Jaylen Johnson , who also got benched for the first time this year, brought energy with his 13 points and seven rebounds. The Cardinals shot over 50 percent in both halves.
“We can’t play any better than this,” Pitino said.
Louisville has two of the best nonconference wins of the season, with this and the Kentucky victory 10 days ago. Those two opponents also happen to be geographic rivals, even though the Hoosiers and Cardinals meet infrequently. Come March, those victories should loom large. For the next 12 months, they will ensure that office water coolers and family reunions are safe spaces for Louisville fans.
This team could be playing for a long time in 2017 if Mitchell can match Saturday’s level of play and confidence. In his postgame news conference, Pitino slyly hinted that he instructed Mitchell to consult with someone outside of the program about his slump. Pitino then insisted to the media that he couldn’t reveal who that person was. But he added, “If he does talk to that guy, we’re very lucky. ”
Mitchell spilled the beans on the mystery figure.
“He asked me if I’m a spiritual person,” Mitchell said. “Then he told me, ‘Pray.'”
Divine intervention? That might be a stretch. Mitchell found enough of a boost from his own sibling, who watched the game from the stands and then waited to congratulate him outside the team bus.
“She kind of inspired me for this one,” he said. “[Her text] really hit home, and I went out there and just played for her. “ 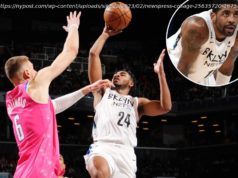 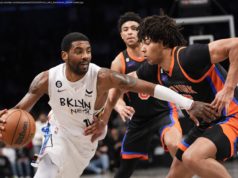 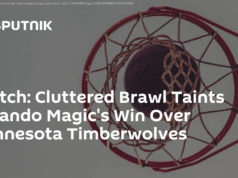