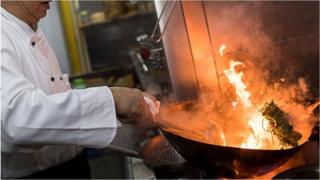 Chinese authorities are investigating nearly 50 factories allegedly manufacturing fake versions of widely used food seasonings and sauces.
It comes after Beijing News reportedly uncovered the elaborate operation near the city of Tianjin.
The factories were using unapproved ingredients like industrial salt in seasonings including soy sauce and vinegar, the paper said.
The products were labelled with brands including Maggi, Knorr, and Nestle.
The seasonings, which include spices and chicken stock, are commonly used in Chinese cooking and can be widely found across Asia.
China has been rocked by various food scandals in recent years, with tainted milk powder killing six babies in 2008 and making more than 300,000 children ill.
The China Food and Drug Administration (CFDA) said in a statement on Monday evening that it had dispatched officers to Tianjin to investigate the claims.
The Beijing News report said a “fake food seasoning manufacturing hub” had grown unchecked for more than 10 years in the town of Duliu near Tianjin.
Nearly 50 small factories, operating in a residential area, had been churning out fake seasoning estimated to be worth up to a 100m yuan ($14.5m, £12m) per year.
Reporters and local police visited the factories last week, acting on a tip-off from a whistleblower.
Pictures and video taken at the scene show workers making and packaging the products in dirty sheds using homemade equipment like plastic drums and garden hoses.
The factories were said to have used industrial grade salt unsafe for human consumption. They also recycled by-products from other food manufacturers, and were seen freely using highly regulated ingredients like the artificial sweetener cyclamate.
Beijing News quoted Nestle’s China office as saying that its anti-counterfeit team was looking into the matter, and that “product experts will be helping law enforcement representatives in identifying suspicious products”.
Chinese food brands such as Totole and Donggu, whose products were also faked, said they were either assisting investigations or conducting their own probes.
Totole added that it had known about the factories since 2007, and its anti-counterfeit team had conducted numerous crackdowns in Duliu, but had been unable to completely stamp them out.
The sheer scale of the operation revealed in local media shocked a country that is no stranger to food scandals, prompting questions online.
“Shouldn’t the CFDA be the one that is punished? A whole village has been faking products for so many years. Can we still trust this department? ” said one commenter on the CFDA’s Weibo page.
“How many people have been poisoned by these fake products? Seasoning impacts so many lives, this is no game! ” said another user.
The Food and Drug Administration said in its statement that it would “thoroughly rectify the problem of fake food seasoning production, and present the results of our investigation to the public in a timely fashion”.
In 2014, the Shanghai Husi Food Company, a meat supplier to fast food chains McDonalds and KFC in China, was found to be repackaging old meat.
The following year authorities seized 100,000 tonnes of smuggled meat , some of it more than 40 years old.
Last month Chinese media reported that food suppliers in the north-western city of Shanxi were treating mushrooms with hazardous chemicals to make them look whiter and fresher. 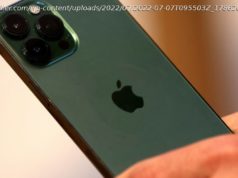 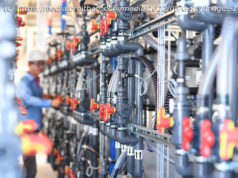 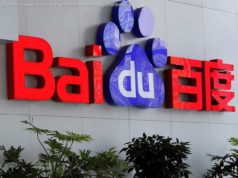