President-elect Donald Trump’s plans to goose infrastructure spending will offer strong investment opportunities, said Ding Xuedong, chairman of China’s sovereign wealth fund, China Investment Corp. (CIC).
“Trump calls for expansionary fiscal policy and more investments in U. S. infrastructure. The upgrades and the expansion mean massive investment,” Ding told CNBC in translated comments. “The U. S. government doesn’t have the money, private investors in the U. S. don’t have the money and this is where the foreign investors come in. ”
The Sovereign Wealth Fund Institute has ranked CIC as the world’s second largest sovereign wealth fund by assets under management, with around $813.8 billion.
Ding, speaking on the sidelines of the Asian Financial Forum in Hong Kong this week, saw a natural fit between Chinese investors and Trump’s infrastructure plans, expressing little concern over the president-elect’s “America first” rhetoric.
“Over the past three decades, China’s infrastructure has been growing very fast. It’s one of the biggest successes China has achieved. We have lots of design, execution and management experiences that we can export,” Ding said.
“We hope the U. S. will not have any double standards or bias, but have a level playing field for foreign investors, including China. If so, I see lots of opportunities in the U. S.,” he said.
Ding added that he expected CIC could find local partners in the U. S. or the fund could team up with foreign investors.
Trump’s infrastructure plan, which calls for around $1 trillion in investments, has lacked much in the way of details so far, but appeared likely to rely heavily on public-private partnerships, which suggested projects with profit potential would be prioritized.
It’s unclear whether that $1 trillion would include construction of one of Trump’s signature campaign promises, building a wall along the U. S. border with Mexico. Since the election, Trump has backed away from claims that Mexico would pay for the wall, saying via Twitter that he would seek funding from Congress and collect from Mexico later. Mexican authorities have said repeatedly that the country would not pay for the wall and Trump has provided no details on how he planned to collect.
With many Republicans in Congress concerned about deficits, it was also unclear how much spending would be approved.
CIC’s Ding also didn’t put much weight on Trump’s threats about the level of the Chinese currency.
During the campaign, Trump had vowed to label China a currency manipulator for the purposes of a competitive trade advantage and threatened to impose a tariff of as much as 45 percent on China’s exports to the U. S.
In the wake of the surprise Trump win, the yuan fell to nearly eight year lows against the dollar, touching its weakest since at least January 2009, during the global financial crisis. But analysts attributed the slide primarily to the strength of the dollar, with the dollar index , which measures the greenback against a basket of currencies, surging to a 14-year high after the election.
Indeed, some analysts had noted that, based on currency movements within the yuan’s trade-weighted basket, policymakers appeared to be supporting the Chinese currency somewhat.
Ding also pointed to the dollar for the yuan’s decline.
“In the past, that depreciation [of the yuan] was caused by a slowing Chinese economy, but this time around, it was caused by a strong dollar, driven by U. S. interest rate hike expectations and strong growth,” he said. “Almost all other currencies have weakened against the greenback. If we compare the yuan with other, non-U. S. dollar currencies, it’s actually appreciated. ”
Ding also downplayed the possibility that the yuan would drop sharply ahead.
“People are expecting more downward pressure on the yuan going forward, which I do agree with, but I don’t think we’re likely to see a big drop in its value,” he said.
Follow CNBC International on Twitter and Facebook . 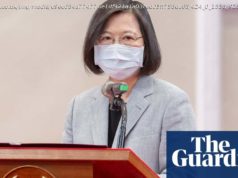 US lawmakers to meet Taiwan president as China tensions simmer 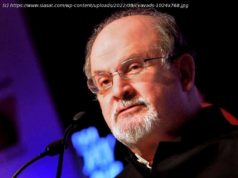 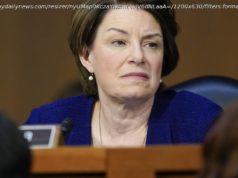