Strategists at Citi have pointed to four U. S. stock strategies that break with a crowded consensus.
“There are four points that still seem very much consensus-like yet do not have the kind of solid backup data,” Citi said in a note dated late Wednesday U. S. time. “There’s opportunity in going against the grain.
1. Equity market valuations aren’t actually terribly expensive, Citi said.
Analysts have been citing the Shiller cyclically-adjusted price-to-earnings ratio (CAPE) as indicating stocks are expensive, Citi noted, but it added that while the level was fairly high compared with its history, that may not mean much.
“It is cited regularly by bears, with barely any evidence that it is worth tracking,” Citi said. “The CAPE has extremely low predictive correlation when looking out a year. ”
In fact, the real issue was a plunge in energy industry capital expenditure, it said.
“While the popular narrative of weak business investment has been ongoing for two years at a minimum, the hard numbers indicate that such thinking is simply wrong,” it said. “The oil patch’s pricing issues hammered this one area and it is recovering now. IT budgets, for example, never faltered even as too many investors focused on buybacks which were fairly concentrated. ”
Citi noted that more corporate investment could be on the cards as well, noting a policy proposal to allow first-year 100 percent depreciation write-offs, which could spur spending in 2017 and 2018.
3. Citi isn’t buying into the consensus view that U. S. small caps were likely to outperform large caps.
“The likelihood of even higher bond yields is growing as growth and nascent inflation combine with fiscal stimulus that probably won’t be as revenue neutral as might be suggested. Add in a border tax possibility and everyone flocks to small caps,” Citi said.
But the bank still expected large caps will outperform.
“Higher yields usually mean large caps do better,” it said. “A powerful dollar surge would drive small caps but the greenback already has moved sharply in the past few months and future gains might be much harder to come by. ”
In the wake of Donald Trump’s surprise U. S. election win, the dollar index, which measures the greenback against a basket of currencies, surged to a 14-year high. Larger companies tend to have more overseas earnings, which would be hurt when they are translated back into the greenback.
Trump has since floated the idea of a “border tax” to discourage imports into the U. S. Since larger companies tend to be more likely to import components, equipment or products, tariffs would hurt them more than smaller companies.
“Liking Media stocks generates ‘raspberries’ as the Street remains deeply concerned about cord-cutting and pricing issues,” it said. “However, valuation and earnings revision momentum support the industry group’s relative outperformance potential as might M&A activity. ”
Citi also noted that new technology, such as virtual and augmented reality, could also drive the sector.
Follow CNBC International on Twitter and Facebook . 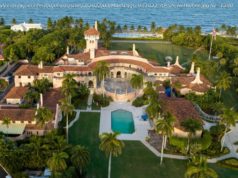 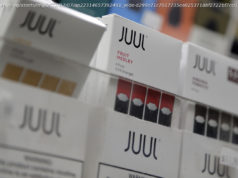 Juul settles more than 5,000 lawsuits over its vaping products 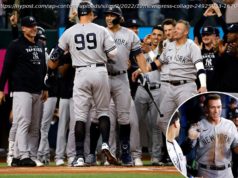 The alternative to Yankees’ Aaron Judge deal was unthinkable