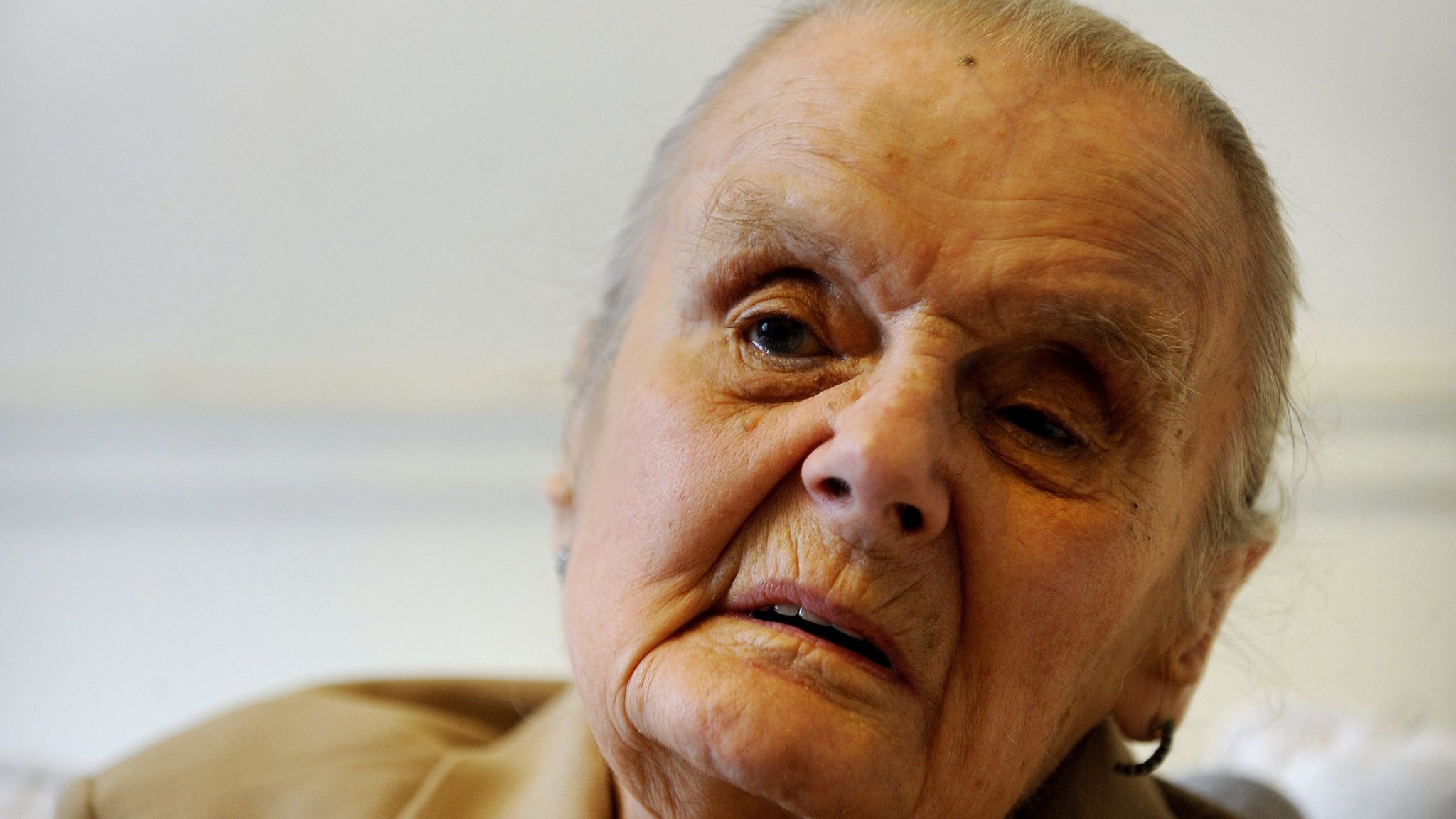 Clare Hollingworth, a British war correspondent who was the first to report the Nazi invasion of Poland that marked the beginning of World War II, died in Hong Kong on Tuesday. She was 105.
The Foreign Correspondents’ Club of Hong Kong announced her death, calling her a beloved member with a remarkable career, including “the scoop of the century.”
A determined journalist who defied gender barriers and narrowly escaped death several times, Hollingworth spent much of her career on the front lines of major conflicts, including in the Middle East, North Africa and Vietnam, working for British newspapers. She lived her final four decades in Hong Kong after being one of the few Western journalists stationed in China in the 1970s.
She won major British journalism awards, including a “What The Papers Say” lifetime achievement award, and was made an Officer of the Order of the British Empire by Queen Elizabeth II. Former British Prime Minister Ted Heath and former Hong Kong Gov. Chris Patten were fans of Hollingworth, while various British generals wrote about her fondly.
The scoop that launched her career came in late August 1939, when she was a 27-year-old rookie reporter in southern Poland, barely a week into her job with Britain’s Daily Telegraph.
The border was closed to all but diplomatic vehicles, so she borrowed a British consulate official’s car to drive into German-occupied territory. She saw tanks, armored cars and artillery massing.
She recounted in her autobiography that burlap screens beside the road, “constructed to hide the military vehicles, blew in the wind, thus I saw the battle deployment.”
“I guessed that the German Command was preparing to strike to the north of Katowice and its fortified lines and this, in fact, was exactly how they launched their invasion in the south.”
Returning to Poland, she filed her story, but her name was not on the byline — a common practice for newspapers in those days.
She scored another scoop when the Nazis launched their invasion three days later on Sept. 1.
Her first call was to the British Embassy in Warsaw, but the official she talked to didn’t believe her.
“ ‘Listen!’ I held the telephone out my bedroom window. The growing roar of tanks encircling Katowice was clearly audible,” she recounted in her autobiography. “ ‘Can’t you hear it?’ ”
She then called the Telegraph’s Warsaw correspondent, who dictated her story to London.
As the Nazis advanced, Hollingworth scrambled to get out of Poland, sometimes sleeping in cars, eventually making her way to Romania.
Hollingworth was born Oct. 10, 1911, to a middle-class family in the village of Knighton in Leicestershire, England. Her father ran a boot factory founded by her grandfather.